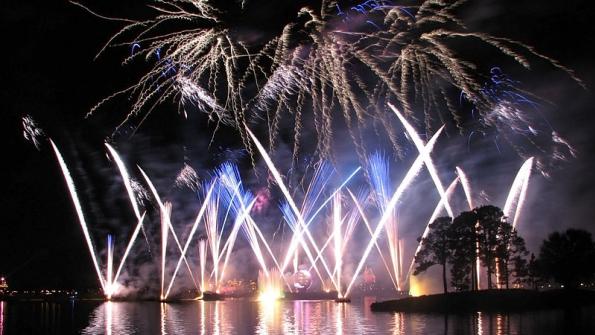 Many cities, including Montgomery, Ala., issued advisories about fireworks before the holiday, per AlabamaNews.net. http://www.alabamanews.net/2016/12/29/mpd-issues-fireworks-advisory/

In the wake of New Year's Eve, some cities are making moves towards banning the practices of celebratory gunfire and shooting off fireworks.

Richland, Wash., is considering banning all fireworks usage in the city following repeated property damage over the years, the Tri-City Herald reports. Ground fireworks are legal in the city, but aerial fireworks are not. That said, many ignore the ban on aerial fireworks during holidays, and Richland Mayor Bob Thompson has said he's hesitant to pass a law that would likely be widely ignored.

“Government regulation of fireworks in cities that regulate fireworks doesn’t work,” Thompson told the Herald. “It makes a mockery of real law.”

The Richland code enforcement board has determined that public safety outweighs the potential law's unpopularity, and it is to meet this week to decide if it will forward its request of a total ban to the city council. In the meantime, the board requested that city council determine if the current penalties serves as enough of a deterrent.

This year, the Honolulu Police Department cracked down heavily on fireworks-related violations, Honolulu TV station KHON reports. Police issued 92 citations, and an investigation into an illegal shipment of fireworks led to the felony arrests of seven individuals. Between Dec. 1, 2016 and Jan. 1, 2017, Honolulu police seized about 9,700 pounds of aerial fireworks and 230 retail firework items.

However, enforcement wasn't enough to prevent a tragedy in Honolulu on New Year's Eve – a woman died and her longtime partner was critically injured in a fireworks-related accident, according to KHON. The tragedy, according to Honolulu police illustrates how difficult enforcing fireworks regulations can be.

“We need people to report it, tell us who’s doing it and when, and try to get there in time to get there and observe,” Honolulu Central Patrol Assistant Chief Alan Bluemke told KHON. “Officers actually need to see the person in possession, lighting it, or finding a witness who is willing to come forward and say that someone was setting it off, and that’s always hard.”

However, fireworks weren't the only danger this New Year. After a Texas State Senator was struck in the head by a stray bullet from celebratory gunfire after midnight on New Year's Eve, he decided to file legislation to reduce and prevent the act from occurring, Houston Public Media reports. State Rep. Armando Martinez, who is has recovered from the minor inury, said he plans to speak with the sheriff's department and a district attorney before officially filing any legislation.

“If my legislation could help save a life, you know, then definitely that’s what we’re gonna be looking at doing,” Martinez told Houston Public Media shortly before being released from the hospital at which he was treated.