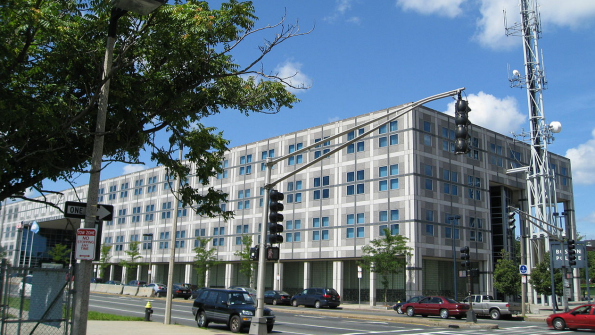 The Boston Police Department may soon enact controversial plan to utilize software that would scan social media for criminal activity and threats. While proponents of the plan say the software will make Boston a safer city, civil liberties groups say it would be an invasion of privacy.

The Boston Police Department may soon enact controversial plan to utilize software that would scan social media for criminal activity and threats. While proponents of the plan say the software will make Boston a safer city, civil liberties groups say it would be an invasion of privacy.

The software will be able to search blogs, chat rooms, websites and social media platforms to provide law enforcement officials with a physical location of where a post originated, and send alerts when posts are made that fill certain criteria, according to the Boston Globe. The department plans to spend up to $1.4 million on the software and hopes to select a vendor early this month.

“The technology will be used in accordance to strict policies and procedures and within the parameters of state and federal laws,” police spokesman Lieutenant Detective Michael McCarthy said in a statement. “The information looked at is only what is already publicly available.”

Boston Mayor Martin Walsh says he supports the department’s plans, stressing that the focus of the online scrutiny will be on combating terrorism in the Boston metro area, according to the Boston Globe.

Boston Police Commissioner William Evans said the attack last month at Ohio State University is the latest illustration of why law enforcement officials need to use every tool available to stop terrorism and violence before it starts, according to The Wall Street Journal.

Officials say an Islamic State terror group may have influenced the suspect in the Ohio State attacks, The Wall Street Journal reports. A Facebook post written by suspected shooter Abdul Razak Ali Artan suggested he was upset by what he understood to be the mistreatment of Muslims in America, but he expressed no loyalty with a specific group or ideology.

Edward Davis, the Boston police commissioner during the 2013 Boston Marathon bombings supports the use of such technologies, but admits they aren’t a silver bullet.  “The more you know about someone, the more you can make informed decisions about how many resources to put into those people,” Davis told The Wall Street Journal. He admits, though, such technology would have done little to stop the Boston Marathon bombing, as the attackers were not very active on social media.

Watchdog groups are apprehensive about Boston’s plan, calling the monitoring “alarming” and accused the department of a lack of transparency in their software selection processes. The American Civil Liberties Union has recently criticized the police departments of two other cities for the use of similar software and tactics.

“The Boston Police Department did not go through any process to get feedback from the public,” Kade Crockford, director of the Technology for Liberty Program at the American Civil Liberties Union of Massachusetts, told The Boston Globe. The department did not ask “whether we want our tax dollars spent on something like this.”

Similar systems have been used in cities across the nation, including Chicago and Detroit, but Crockford fears the monitoring software will stifle free speech online. She calls the program a waste or resources and worries it would be used to target members of specific political groups.

“We have a right to speech, and programs like this chill that speech,” she told the Boston Globe. “The Boston Police Department is supposed to be operating on a community policing framework; monitoring and tracking posting habits . . . is not only a threat to civilization but a threat to ideas.”