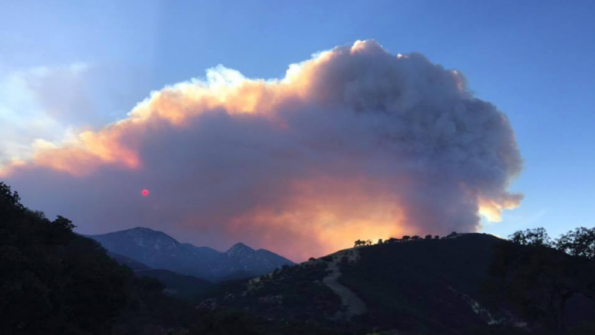 The Soberanes Fire, which has burned over 132,069 acres by Monterey County, Calif., has cost $235 million to fight.

A massive California wildfire that has burned continuously for two and a half months has become the most expensive wildfire in U.S. history.

The Soberanes Fire, which began burning as an illegal camp fire on July 22 in Garrapata State Park, has spread to 132,069 acres as of Oct. 1, according to The Mercury News. The fire has scorched much of Monterey County, Calif., but is now 94 percent contained.

Getting to that containment percentage has cost $235 million, the San Francisco Chronicle reports. California Interagency Incident Management Team 1 estimated that the daily cost of fighting the fire had peaked at $8 million, but fell to $2 million in mid-September, The Mercury News reports.

Combating the wildfire required thousands of firefighters, vast amounts of support and has cost a bulldozer operator his life, the Chronicle reports. Base Camp Manager Eric Verdries told the Chronicle that an equipment inventory for the firefight has included 265 portable toilets, 60 shower stalls and 13 large dumpsters.

Additionally, Food Unit Leader Mike Chapman told the Chronicle that cook staffs had prepared over 400,000 meals throughout the firefight.

“There are fingers of structures and communities that we’ve had to surround,” Los Padres National Forest Supervisor Robert Baird told the Chronicle.

CalFire Captain Lucas Spelman said a major contributing factor of the fire was the drought in the region, according to California State University Monterey Bay radio station KAZU.

"Over the years we've just had a constant die off of the brush and the continuation of the tree mortality, and so those are fuels just like you would use in a camp fire or something like that," Spelman told KAZU.

The anticipated containment date was recently pushed back from Sept. 30 to Oct. 15, the Monterey Herald reports. The fire is expected to burn up to 135,500 acres, which would make it the 17th largest wildfire in California history.

But recovery efforts will take much longer.

“For things to look like they did before the fire, it’s going to take many years, in the order of decades,” Jonathan Pangburn, a Cal Fire forester who oversees Monterey County, told the Chronicle.