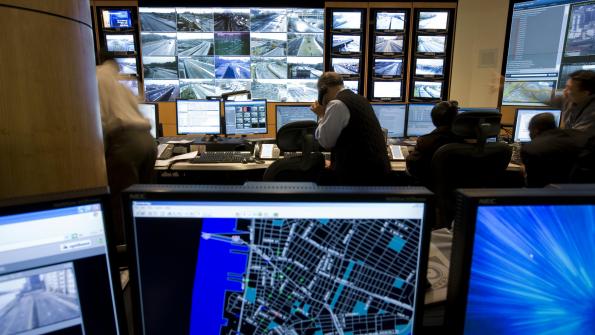 Cleveland officials selected Vidsys, a provider of enterprise Converged Security and Information Management (CSIM) software, to implement video security citywide leading up to and during the Republican National Convention.

After Cleveland was awarded the Republican National Convention in July 2014, city officials immediately began the process of implementing a security plan for an event that presented many logistical challenges. The city reached out to many local, state and federal law enforcement partners to collaborate on a comprehensive security plan, with the realization that new and innovative technology solutions would be required for such an undertaking.

As a result, Cleveland officials selected Vidsys, a provider of enterprise Converged Security and Information Management (CSIM) software, to implement video security citywide leading up to and during the convention. The system was installed in the month leading up to the convention, which took place at Cleveland’s Quicken Loans Arena July 18-21, 2016.

The security management platform enabled the city to create a shared video database for real-time updates across multiple agencies, including the Emergency Operations Center and the Cleveland Department of Public Utilities (DPU). That agency oversees key agencies during major events including Cleveland Public Power, Cleveland Division of Water and the Division of Radio Control. The system integration is still in place through the Cleveland DPU.

Vidsys provided a functional operator position in Cleveland’s Emergency Operations Center that could view all connected cameras from the DPU, in addition to the Regional Transit Authority (RTA) and DPU’s existing cameras. During the convention, new and existing cameras around the area were integrated to help create overall situational awareness from the command center.

“We were able to secure and monitor large portions of the city thanks in part to Vidsys and the technologies they have developed,” says Director of Public Safety Michael McGrath.

From beginning to end, the collaborative relationship formed between the Cleveland officials, law enforcement, and all other partner agencies led the way to a safe and secure convention. It became apparent that after years of training, Cleveland was well prepared to react and respond to any situation that may have occurred during the convention.

“A major event like the Republican National Convention presents a logistical challenge due to the number of disparate systems from multiple government entities that require integration” says Vidsys CEO James I. Chong. “We were fortunate to work with Cleveland during this event, and the results were extremely positive. The lessons learned and the technology employed can provide long-term benefits for Cleveland beyond the event.”