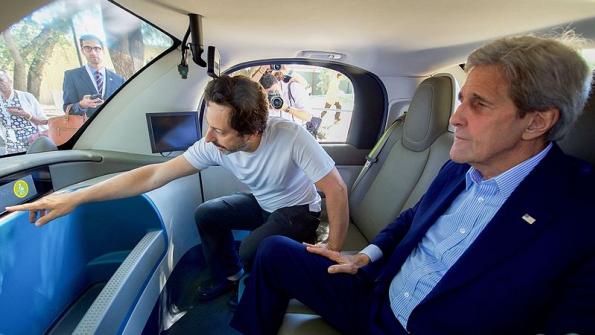 Many cities support autonomous vehicles, but some want to limit them

While many cities support autonomous vehicles and are letting companies test drive them within their limits, others are trying to pass legislation to limit use of the technology.

While many cities support the burgeoning autonomous vehicles market and are letting companies test drive them within their limits, others are trying to pass legislation to limit use of the technology.

Autonomous car advocates are hailing the new guidelines as supportive of the industry and public involvement.

"Today’s guidance is a great step to bridge the gaps, begin educating all constituents and get out in front of the autonomous vehicle trend,” Sharon Klein, chair of the privacy, security and data protection practice at Silicon Valley law firm Pepper Hamilton, told USA Today.

Already, cities have begun allowing autonomous to be tested on their roads. Google has already been test driving its cars on the streets of the Phoenix metropolitan area, Kirkland, Wash., Austin, Texas, and Mountain View, Calif, according to the company’s website.

In August, Ride-hailing company Uber announced that it would begin testing driverless cars in Pittsburgh, The New York Times reports. While the vehilces pilot themselves, they will still have a person behind the wheel to monitor for the time being.

“It’s not our role to throw up regulations or limit companies like Uber,” Peduto told the Times. “You can either put up red tape or roll out the red carpet. If you want to be a 21st-century laboratory for technology, you put out the carpet.”

On Sept. 15, Boston announced that it had partnered with the World Economic Forum and the Boston Consulting Group to conduct a yearlong test of autonomous vehicles in the city, the Boston Globe reports. Unlike Pittsburgh, the city is taking a more central role in the initiative’s planning.

Many of the details — such as the number of vehicles tested, potential costs of the initiative and the technology companies the city is working with — haven’t been announced yet, the Globe reports. But Carter said the initiative could help the city with its traffic problems and to get a head start on mastering the new developments in transportation technology.

“What better way to start than by doing it now, so that 10, 15 years from now, we’re in a space where we have fewer crashes on our streets and more space for pedestrians, bicycles, and transit, and we’ve lowered our greenhouse gas emissions?” he told the Globe.

While it hasn’t signed on to test out autonomous vehicles yet, Columbus, Ohio is in the nascent stages of doing so. In June, the city won the U.S. Department of Transportation’s Smart Cities Challenge and was awarded $50 million, according to TechCrunch. Part of its plans for using the funds include experimenting with autonomous vehicles.

But not all public officials want vehicles to be completely autonomous in their areas.

California has legislation in place that places barriers on the amount of autonomy such vehicles can exercise, according to the Orange County Register. Part of its rules dictate that a driver must sit in the driver’s seat of an autonomous vehicle such that a human can take control of the vehicle if need be. Liability insurance policy minimums are much higher for autonomous vehicles than purely human-operated vehicles, and autonomous vehicles are banned for commercial use in the state.

While the state was supposed to have submitted an updated draft of autonomous vehicle rules by the end of 2015, as of early September 2016, it hadn’t done so yet, the Register reports.

Taking limitations a step further, two aldermen in Chicago have introduced a bill that would outright ban driverless cars in the city, the Chicago Business Journal reports.

The ordinance, drafted by Aldermen Ed Burke and Anthony Beale, would the operation of self-driving cars in the city. Violators of the ordinance would be fined $500 for each offense, according to a news release from Alderman Burke’s office.

The two aldermen had previously sponsored a failed measure that would’ve prohibited rideshare companies like Uber and Lyft from operating in the city, according to the CBJ.

"We do not want the streets of Chicago to be used as an experiment that will no doubt come with its share of risks, especially for pedestrians," Burke said in the news release. "No technology is 100 percent safe."