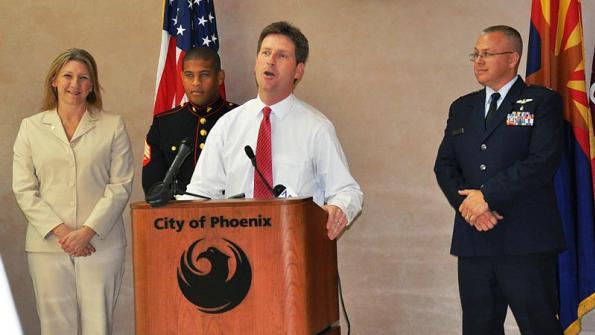 A coalition of 75 heads of cities are urging Congress to break its gridlock in order to approve the $1.9 billion in federal funding to combat the Zika virus.

A coalition of 75 heads of cities are urging Congress to break its gridlock in order to approve $1.9 billion in federal funding to combat the Zika virus.

“Zika is no longer an abstract threat in the United States,” Stanton said in the release. “While Congress has done nothing, nearly 1,600 pregnant women in the United States and our territories have tested positive for Zika – putting their fetuses at tremendous risk of debilitating birth defects — and there have been nearly 17,000 cases overall. Communities across the country are looking to Congress for leadership. The inaction has to end now.”

In February, President Obama requested a package of $1.9 billion to serve as emergency Zika funding, The Herald reports. In July, Congress was not able to agree on terms of the package, and the final vote before Congress’ recent recess ended in failure, according to TIME Magazine.

Centers for Disease Control and Prevention Director Thomas Frieden recently warned the country that the CDC is essentially out of money for fighting Zika, and that birth defect Microcephaly — which Zika causes — could become much more prevalent, The Herald reports.

In the letter, the mayors cite that over 16,800 cases of Zika have been detected in the U.S. and its territories, and that Congressional inaction forced the National Institutes of Health to divert $10 million of its funding away from cancer and heart disease research and into Zika funding.

“Local governments are leading the Zika response on the ground, but we need more federal resources to sustain our aggressive response,” New Orleans Mayor Mitch Landrieu said in the release. “In May, I testified before members of Congress urging them to act because time is of the essence. It is vital that President Obama’s request for federal funds be approved so that we can stay ahead of this threat, just like we would with any other danger to the homeland, whether it is ISIS or Ebola,”

Many representatives and senators believe the standoff between parties could be ending soon, according to CNN. They expect Congress to soon pass a $1.1 billion package to combat Zika that will not include restrictions on Planned Parenthood, which had been a point of contention between Democrats and Republicans. Final votes could occur soon, senior Republican lawmakers and officials were cited as saying.

Nevertheless, the mayors remain adamant in their letter about the federal government doing its part to help local governments to fight Zika as hard as they can.

“September is peak mosquito season, and your communities are counting on you,” Miami Beach Mayor Levine said in the news release. “Cities and local governments stand ready to work with federal health officials to control mosquito populations and contain the outbreak, but the funding roadblocks must be removed immediately.”