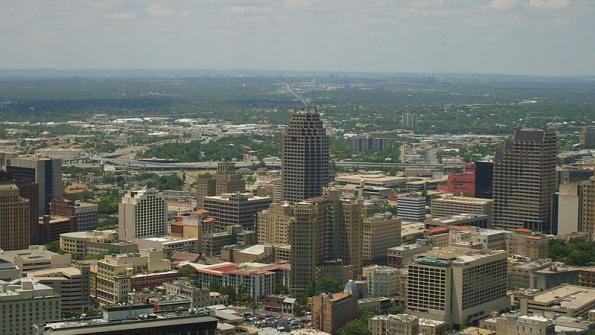 San Antonio, Texas has set its sights on becoming a smart city through several initiatives set into its 2017 city budget, which will be voted on Sept. 15.

San Antonio, Texas, has set its sights on becoming a smart city through several initiatives set into its 2017 city budget.

The $13 budget includes provisions for public computer kiosks that will offer information about nearby businesses and entertainment and allow interaction with city services, according to the San Antonio Business Journal. The kiosks will also be Wi-Fi hotspots and include electronic device charging capabilities.

“Sooner or later, the expectation of the citizen is to interact with the government in a more efficient way, and I think our approach is when we look at any project we’re doing or any service that we supply, how can we do that in a way to where a citizen wants to consume city services, versus the fact that they have to consume them,” San Antonio Chief Technology Officer Hugh Miller told local TV station KSAT.

In addition to Wi-Fi access through the kiosks, the city seeks to bring free Wi-Fi to 10 public parks, the SABJ reports.

The city has also suggested installing solar benches — buying public benches and adding solar panels to the tops, the SABJ reports. The benches could then serve as charging stations and Wi-Fi hotspots. The benches would also be able to collect data on park visitors, informing future improvements and maintenance to the parks, according to Texas Public Radio.

Another provision in the budget is the creation of a mobile app for residents.

“We’re trying to make it easier for people to navigate our park systems, so we’re going to create a mobile app that will help them not only navigate the park system, but help them to understand what’s in the ten largest parks in the city," De La Cruz told Texas Public Radio.

In addition to the budget, San Antonio applied for a $1.5 million U.S. Department of Transportation grant to help it construct a tool that measures real-time traffic patterns, according to the SABJ. The city will continue building out a municipal fiber network, which is expected to be complete in the next five years.

The budget will be voted for adoption on Sept. 15, Texas Public Radio reports.