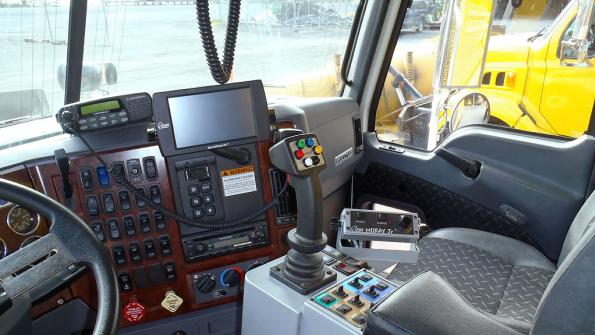 After three seasons with they system in place, the ITD has cut its winter maintenance spending by 29 percent — from $30 million in 2011/2012 to $21.4 million in 2013/2014. Additionally, the department has reduced its three-year average of accidents on icy and snowy roads by 27 percent.

In addition to improving winter driving conditions, ITD also met and exceeded its goal of travelers not being impeded by winter storms at least 55 percent of the time. In the 2013/2014 season, ITD’s mobility percent was 59 and in 2014/2015 it improved to 73 percent.

Jensen says that with the technology, his department can now see exactly what treatment its snowplow trucks executed at RWIS locations. ITD staffers can then match that specific material application data and timing to the RWIS road surface data, before and after treatment, to evaluate the effectiveness of ITD’s winter road maintenance operations.

The data is enhanced with GPS location data and nearly real-time reporting. The control system regulates the rate of salt and other deicing materials applied to road surfaces based on a snowplow truck’s speed, location and road surface temperature.

To date, ITD has installed the new spreaders on 288 of its snowplow trucks. ITD anticipates having its entire fleet of 450 trucks equipped with the system within the next two years.

A total of 127 RWIS sites located throughout the state are part of the ITD’s Winter Performance Measurement System. The sites rely on sensors to sample a wheel track on a road surface and measure the layers of ice, snow and water along with the temperature and condition of the roadway surface. Other elements measured include air temperature and humidity, wind speed and precipitation and visibility.

The Idaho Transportation Department is charged with snow and ice control on more than 12,000 lane-miles covering mountain passes to rolling hills and valley floors.