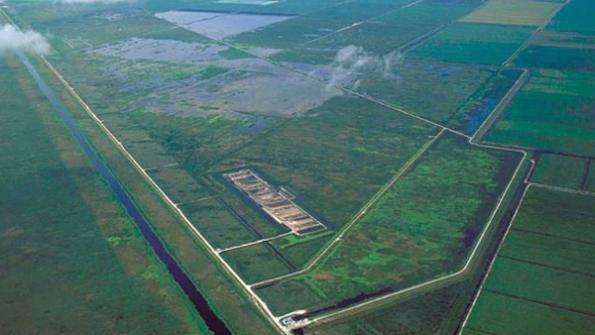 From porous pavement to baffle boxes, cities across the U.S. are employing different methods for mitigating stormwater's effects on their areas.

Cities across the U.S. are taking various measures to combat stormwater runoff and reduce pollution in local bodies of water, while raising awareness of the issue.

Some cities are doing this by increasing enforcement of stormwater-related regulations. Officials in Webb City, Mo. introduced ordinances that increase enforcement of regulations for controlling stormwater runoff in late May, according to The Joplin Globe. The ordinances ensure local contractors’ compliance with stormwater regulations, and will “put teeth in our ability to enforce violations,” as Webb City Administrator Carl Francis told The Joplin Globe.

Others are introducing new rules that allow for the use of stormwater management technology. Gainesville, Ga. officials, for instance, decided to amend city code in order to allow a local developer to build with porous parking surfaces, according to the Gainesville Times. The city’s code mandates the use of impervious parking surfaces, but the city recently changed the codes to present guidelines on when porous surfaces might be used in parking lots.

“I think it’s better for the earth,” Frank Norton, president and CEO of Gainesville real estate agency The Norton Agency, told the Gainesville Times. “So I’m encouraging others to have porous parking facilities.”

Still other cities have created infrastructure that mitigates stormwater runoff. The Northwest Florida Water Management District recently constructed $5 million worth of projects to combat stormwater runoff’s impact, according to the Panama City News Herald. The projects include road paving, constructing a stormwater retention facility and building baffle boxes that will filter pollutants in the Florida cities of Parker, Callaway and Mexico Beach.

While fixing problems is important, raising public awareness of them is also a key part of solving issues. Rocky Mount, N.C. launched its Stormwater Awareness Week on June 20 to educate the public, according to the Rocky Mount Telegram. The week involves the distribution of educational materials to residents that highlight the dangers that stormwater runoff can present to local bodies of water. The city also has stormwater displays set up at its city hall.

“Water that does not evaporate or that is not absorbed into the ground is eventually discharged to the Tar River,” Rocky Mount Director of Public Works Jonathan Boone explained to the Rocky Mount Telegram. “As a result, contaminants in stormwater impact water quality in the Tar River. Given that the Tar River serves as our primary water source, efforts to reduce stormwater pollution have a direct impact on the quality of our recreational waterways.”