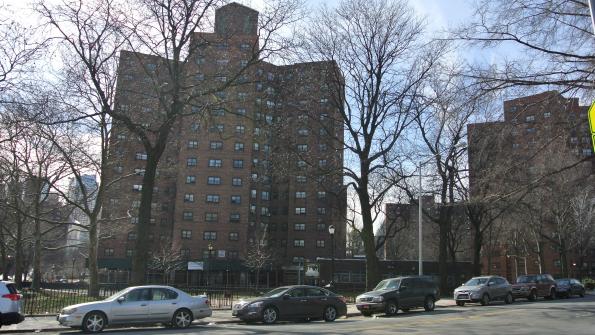 Across the U.S., public housing is being renovated as older structures age and become obsolete.

Across the U.S., public housing structures are being renovated as older buildings age and become obsolete.

The degradation of these buildings is becoming a problem, especially in New York City. A report from the city’s comptroller shows that the number of New York City Housing Authority buildings with bulging or sloping walls more than tripled between 2008 and 2014, according to DNAInfo.

The report and a 2014 Federal Census' Housing and Vacancy Survey show some improvements in loose roofing, broken window frames and wheelchair accessibility have been made. But over 30 percent of those surveyed reported moldy smells.

“These findings are deeply troubling and we must take immediate steps to ensure that housing conditions at NYCHA improve across the board,” Stringer said in the report.

Cities like Chattanooga and states like Hawaii are taking immediate steps to remedy such aging infrastructure. The Chattanooga Housing Authority is renovating part of its largest public housing high-rise for seniors, according to the Chattanooga Times Free Press. The renovations consist of a $3.95 million contract and contingency fund that will be used to renovate an 87-unit tower in the 250-unit complex.

Government officials in Hawaii have signed an agreement to renovate a 63-year-old public housing project in Honolulu in a mixed-income and mixed-use residential development, Pacific Business News reports. While definitive lengths to the redevelopment has yet to be determined, Hawaii Public Housing Authority head Hakim Ouansafi said the existing 364-unit property could be expanded to include more than 1,500 units. The project is currently undergoing studies, community engagement and the preparation of an environmental impact statement.

Not every city is able to easily find the money to pay for such projects. New Albany, Ind.’s yearly housing authority budget is $3.9 million, but the authority’s properties have $138 million worth of improvements that need to be made, the News and Tribune reports.

The New Albany government has had some success in receiving funding from federal section 8 vouchers. But state tax credits are the primary means by which the city’s housing authority has been able to pay for public housing improvements, and New Albany has not found success in gaining such credits in recent years, according to the paper. However, the city remains determined to fix its public housing issues.

“Public housing is an important asset we have in the city,” New Albany Mayor Jeff Gahan told the News and Tribune. “I want to see an improvement in the housing stock. And we know our capital improvement budget is not getting any better, so we have to have a plan. We are all in agreement that we are not happy with the physical condition of public housing.”