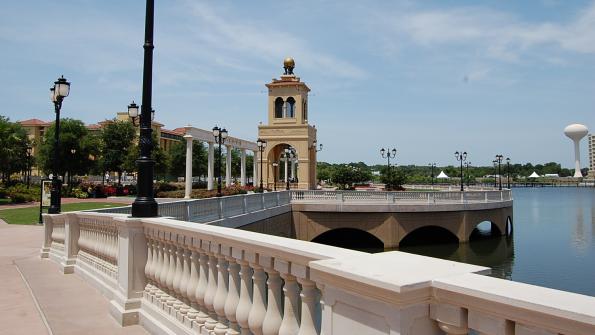 Last month, Altamonte Springs, Fla. announced that it would be subsidizing 20 percent of all Uber rides within the city limits, becoming the first city to do so.

Sometime in the future, a city’s public transportation options could be bus, rail and… Uber.

Last month, the city of Altamonte Springs, Fla. announced that it would be subsidizing 20 percent of all Uber rides within the city limits, NBC News reports.

“Uber has become a key part of meeting the transportation needs of many individuals,” Altamonte Springs City Manager Frank Martz said in an Uber news release. “Our goal is to evaluate the impact that ride-hailing and technology can have on our overall mobility—getting people to work, school and our local businesses as we continue to grow and innovate as a city.”

The program began on March 21, and will serve as a one-year pilot program for the Orlando suburb, Florida Politics reports. The city authorized $500,000 to subsidize the rides, which according to NPR, comes from a $1.5 million fund that the city had allocated towards an ultimately unused Central Florida Regional Transportation Authority bus project.

The subsidy functions as a promotional code in the Uber app, according to the news release. So far, it’s has received a positive response.

The program provides additional benefits for citizens beginning or ending their trips at transportation hubs around the city — those trips will be subsidized 25 percent, according to Florida Politics.

"I look forward to the day when, in the very near future, we can step off SunRail and immediately get into an Uber vehicle to reach our final destination," Altamonte Springs Mayor Patricia Bates told NBC News in a news conference last month.

It’s even inspired another Orlando suburb, Maitland, to consider a similar model. The Maitland City Council recently directed its city manager to look into the possibility of setting up a similar agreement it its city, the Winter Park/Maitland Observer reports.

“This one has gone from being a ‘wow its interesting’… to ‘this is a game changer,’” Louis Rotundo, Maitland’s state lobbyist told The Observer.