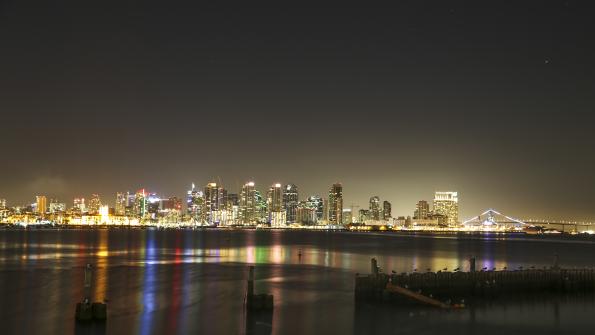 Whether it’s the urban gunfire that plagues cities daily or the gunfire from an active shooter, getting to the scene quickly and having the critical information necessary for immediate action is key for first responders.

Late last year, two companies, GE Lighting and ShotSpotter, signed a memorandum of understanding to bring gunshot detection to light fixtures. The product will become part of GE’s Intelligent Environments for Cities platform that “uses LED street lighting and wireless sensors to connect, collect and analyze data, harnessing the power of the Industrial Internet to enhance quality of life for city residents and visitors,” according to the company.

GE says the proprietary acoustic sensors and product software “would give street lamps the ability to detect gunfire in real time, connect to 911, alert police patrol cars, and ping smartphones with the precise location of the shooting incident, the number of shooters and rounds fired and other valuable intelligence.”

Many cities and police departments across the country have turned to gunfire detection technology to dramatically improve their ability to respond to gunfire incidents.

It’s expected that the partnership will help police across the nation quickly identify the area where gunfire has occurred. People living in many of the areas most affected by gunfire are the least likely to call it in. In fact, it has been estimated that less than 2 in 10 shooting incidents are reported to 911, and when calls do come in, the information is often inaccurate.

An originator of advanced gunfire technology, ShotSpotter, was founded in the mid 1990s.  The product detects and locates gunfire in real time and then broadcasts alerts to first responders, with the location, number of rounds fired, multiple or single shooters and other situational intelligence.
Proven Tool for Gun Violence Reduction

The San Francisco police department has experienced a nearly 50 percent decrease in recorded firearms violence since deploying the system as part of its gun violence abatement strategy.  A spokesperson from the office of the mayor says that the system was key in lowering crime rates, with homicides currently at a 30-year low in the city.

Canton, Ohio’s police department also is using the technology as a preventative tool, along with proactive community-focused efforts, to combat gun-related crime that was escalating in the city of 75,000. With the system in place for more than two years, Canton’s Police Chief Bruce Lawver says gunfire incidents have decreased by nearly one-third per year, citizen emergency calls are down and evidence collection has increased by nearly four times.

ShotSpotter is actively working with Current, powered by GE, to embed the technology in hopes of shining a light, figuratively and literally on shooting incidents across the country.

Commentary from Ralph Clark, the president and CEO of ShotSpotter as well as information from GE lighting were used in the creation of this article.