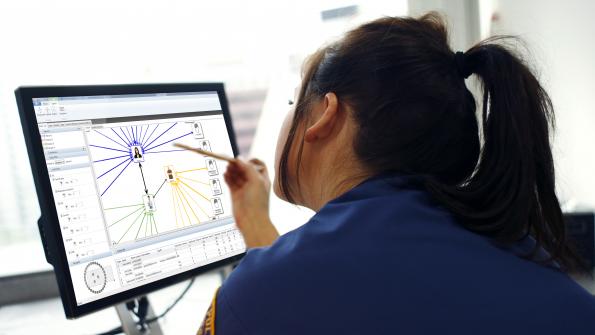 By integrating the Cellebrite UFED Link Analysis tool into their forensics workflow, the Boulder, Colo., police department has improved its ability to act during the first crucial hours of an investigation.

The ability to identify leads quickly matters during the first few hours of a police investigation. Finding additional witnesses, placing people in the same place at the same time, revealing communications between suspects and victims or corroborating statements can mean the difference between an investigation moving forward and stalling out.

By integrating the Cellebrite UFED Link Analysis tool into their forensics workflow, the Boulder, Colo., police department has improved its ability to act during those first crucial hours.

“Mobile device evidence plays a critical role in almost every investigations we conduct,” says Boulder Detective Chuck Heidel. “Within its data exist the connections that can reveal the intent and motivation behind many crimes.”

The system went live on July 31, 2014. In just six months after implementing UFED Link Analysis, the 25-detective department saved tens if not hundreds of hours in investigative time. Prior to its use, the process to uncover key connections within mobile data evidence involved hours and days of tedious and manual analysis that even then could still go undiscovered.

Part of the company’s UFED Series solutions, UFED Link Analysis allows users to unify, correlate and analyze large volumes of disparate mobile data from multiple sources on a common platform. It speeds investigations by establishing relevant connections between suspects and victims. The system aids in converting the data into actionable intelligence.

In one investigation involving a burglary that ended in homicide, linked data didn’t break the case, but the two suspects involved pled out when the data revealed the strength of the links between them. Additionally, it helped corroborate statements from witnesses placing the subjects together the night before, when the suspects were potentially planning the crime.

While the impact of this capability has certainly expedited time-sensitive cases, it has also proven useful in longer-term investigations.

“The ability to distill a wealth of mobile data into meaningful formats is critical for detectives and prosecutors alike,” says Det. Heidel. “The timeline feature, which combines all interactions between two or more people — call logs, text messages, mutual GPS locations — into a single view is extremely valuable and has dramatically improved our productivity.”