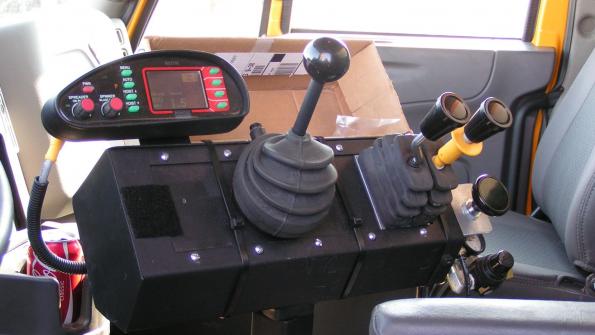 Better processes and technology for managing snow and ice removal

A markedly harsh winter lies ahead for most of the nation, according to the Old Farmer’s Almanac’s 2016 forecast, so places like West Des Moines, Iowa, Lake Tahoe, Calif., and McHenry County, Ill., – communities that see more than 30 inches of snow any given winter – face the challenge of snow and ice removal on their county and municipal roadways.

That challenge can be faced with a combination of the right equipment – with technology add-ons – and proper training that emphasizes the significance of the concept “less is more,” according to experts who have handled winter road maintenance in some of the counties and cities with the highest-levels of ice and snow across the country.

Measuring road and atmospheric temperatures and placing liquid solutions on roadways before ice and snow hit have been proven ways to save resources and potentially prevent accidents during ice and snow events, says Rick Nelson, coordinator for the Snow & Ice Cooperative Program (SICOP), American Association of State Highway Transportation Officials (AASHTO). SICOP recently polled a group of about 70 ice and snow management professionals to determine what adjustments are made to winter maintenance budgets to purchase ice and snow equipment. By and large, those polled said other year-round maintenance took a backseat to funding equipment, anti-icing materials and staff to clear roads in the winter.

“They 100 percent said we will postpone paving operations and other routine maintenance to fund winter maintenance,” Nelson states. “When we look at those optimally using your resources, technology becomes a big player in managing that.”

“The pavement temperature and atmospheric temperature don’t always mirror each other,” Nelson explains. “We put in the weather systems into the bridge, so the de-icing chemical would automatically spray. If there was precipitation and it was going to freeze, we didn’t have to wait for a truck to drive out, do an inspection and then apply a chemical.”

“In order to know how much chemical is needed, it is vital we know the pavement temperature and the weather conditions, and from that it is easy to calculate the amount of chemical that will be needed to do the job,” he shares.

Automated vehicle technology (AVL) also lessens the amount of chemicals and salt needed for the snow and ice removal process, says Bret Hodne, director of public works for West Des Moines. His West Des Moines public works team has utilized AVL technology on its trucks and spreaders the last few years to accurately estimate, along with RWIS systems, the amount of salt needed to clear roadways.
His first step was informing operators why the technology matters.

“In the past, it was very typical for agencies to familiarize their operators with equipment and their route, but telling them why are we telling you to spread at different rates during different storm conditions was not clear,” Hodne shares. “With the AVL and our auto spreader devices, we have the opportunity to dial right in the application rates, tie into those sensors on plows to give us the information back on a live and downloaded basis. For the first time, we actually could capture what are they actually doing out in the field.

Once we were able to review the information during and after the storm, we could help coach our employees to optimal performance.”

AVL equipment cost West Des Moines about $60,000, but the technology and “hard data” helped the department save 1,000 tons of salt in the first year of usage, Hodne says.

Investing in the data-driven technology and equipment can be expensive, but manufacturers like Vaisala have allowed public works departments to lease equipment rather than make a large initial investment, Hodne says. He adds that manfacturers are flexible and seek input from those on the frontline of snow and ice control to drive design and development.

“It used to be that the manufacturer said ‘here’s the equipment and price,’” Hodne explains. Now, the end users are pushing manufacturers to develop equipment they need. We’re gathering that information from other countries and online. We’ve had a lot more collaboration.”