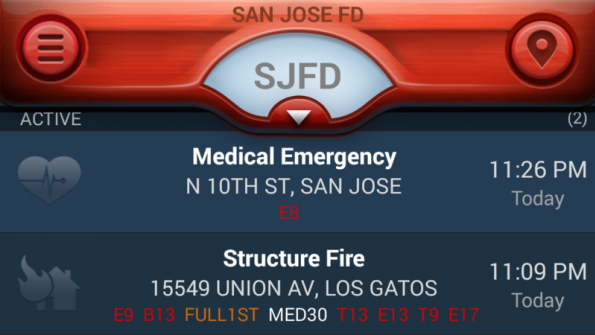 Portland Fire & Rescue has joined more than a dozen agencies in Oregon that have implemented the Pulsepoint app, which seeks to boost the survival rates of cardiac arrest victims.

Portland Fire & Rescue has become one of more than a dozen Oregon fire agencies releasing a life-saving smartphone app, called PulsePoint Respond, which sends a notification if someone goes into sudden cardiac arrest within a short distance in a public place.

The agency announced its app release earlier this month, joining several Oregon and Washington fire stations that have released their own version of the Pulsepoint app and, a companion app, PulsePoint AED, which shows the nearby locations of automatic external defibrillators, according to The Oregonian.

PulsePoint is intended to boost cardiac arrest survival rates by alerting CPR-trained individuals to react when someone collapses in a public place. According to the American Heart Association, a victim’s chance of survival during a sudden cardiac arrest doubles or triples if a bystander immediately and effectively administers CPR.

The PulsePoint Foundation, the organization that has helped implement the app at hundreds of fire agencies, charges agencies a $10,000 initiation fee and an annual licensing fee that ranges from $8,000 to $28,000, based on the size of the agency.

Portland Fire & Rescue applied for an innovation grant last year to cover the costs of the app.

"We obviously don't want to spend money on something that doesn't work," Lt. Rich told the newspaper. "The upside of Washington County having the app, along with Portland and Clackamas County, is that it is a larger region that is working together."

The Pulsepoint app was recently put to work at a Sept. 12 Shania Twain concert in Spokane, Wash., according to a KXLY 4 News report. A concert fan went into cardiac arrest and more than 40 people at the Spokane Veterans Arena were alerted through Pulsepoint, including emergency responders seating near the victim, according to the news station. The man is now recovering at home.

Last year, an off-duty Tualatin Valley firefighter-paramedic Scott Brawner received a push notification from PulsePoint due to a man falling ill in a nearby parking in Clackamas County, Ore., according to the newspaper. Brawner gave the 57-year-old victim Drew Basse CPR immediately, and he survived.

"If it's one life saved, we think it's worth it," Cassandra Ulven, a Tualatin Valley spokeswoman, told The Oregonian. "For us, at least in our community, it's about strengthening the chain of survival."