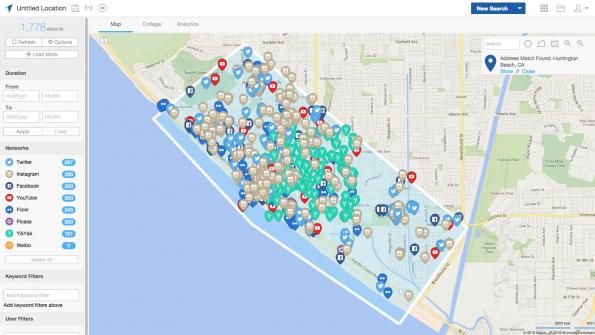 Huntington Beach police use social media to keep the peace

Huntington Beach, Calif., sees 16+ million visitors annually — 500,000 of them arrive each summer for the U.S. Open of Surfing, the world’s largest surf competition. The week-long event attracts surfers from around the globe, but it also brings increased petty crime, vandalism, disorderly conduct and littering.

Huntington Beach, Calif., sees 16+ million visitors annually — 500,000 of them arrive each summer for the U.S. Open of Surfing, the world’s largest surf competition. The week-long event attracts surfers from around the globe, but it also brings increased petty crime, vandalism, disorderly conduct and littering.

Even with 214 officers, the city’s police (HBPD) are stretched thin during the event. The volume of reports and offenses make it difficult to quickly respond to complaints, follow up on leads and maintain a police presence on the streets and beaches. That’s why the HBPD Crime Analysis Unit took a look and evaluated Geofeedia’s offering.

Officers  needed an efficient, real-time, user-friendly way to monitor social activity and public sentiment around event venues, according to an HBPD representative.

Officers were able to dive into Geofeedia’s platform immediately, and setting up perimeters around locations of interest was easy. The law enforcement team paid special attention to parking garages in the area because underage youths historically congregate there to drink, which often leads to fighting and other issues.

By monitoring social media activity near parking garages, the HBPD team at the command center could identify potential threats in real time and alert onsite security guards to confiscate alcohol and deal with misbehaving youth. The team also used the system to monitor keywords like “gun,” “fight,” “shoot” and “riot.” The HBPD command center used keyword- and location-based searches to identify issues and send patrol officers to specific locations.

When a riot broke out one night at the end of the U.S. Open of Surfing, the HBPD team used Geofeedia to backtrack events and look for clues about how it began. Not only were they able to uncover the instigators, they caught the vandals in the act and built cases against them.

In years past, Huntington Beach citizens had been frustrated by vandalism and littering. It got to the point that they started a “Take Back Huntington Beach” website. But once they noticed HBPD officers’ ability to be in the right place at the right time – and follow up on more complaints than ever – residents partnered with the HBPD team to report problems.

The HBPD started using the technology in March 2014. After seeing the value of social media monitoring during the U.S. Open of Surfing, additional HBPD divisions are using the Geofeedia monitoring tool.