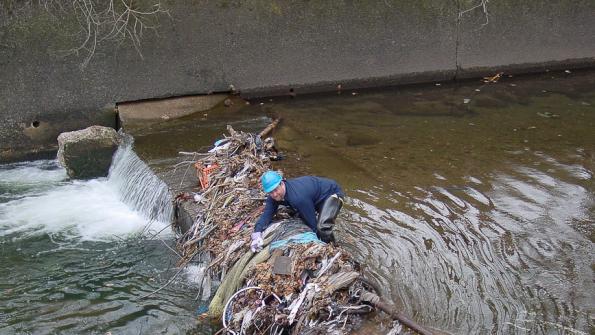 New Jersey Governor Chris Christie signed legislation Tuesday that will divvy up $1.9 billion in financing to local governments’ utilities to protect drinking water and wastewater infrastructure in the aftermath of Hurricane Sandy.

The legislation will make low-interest or no-interest financing available for 280 projects in New Jersey through the New Jersey Environmental Infrastructure Trust, according to The Record. New Jersey’s legislature set up the Statewide Assistance Infrastructure Loan (SAIL) program, which provided an expedited financing process while awaiting reimbursement from the Federal Emergency Management Agency (FEMA). Utilities borrow the funds through SAIL and pay them back with FEMA funding.

The loan program has been especially significant for the Passaic Valley Sewerage Commission (PVSC), which suffered devastating damage from Hurricane Sandy in 2012. The superstorm plowed through the sewage power plant with a 12-foot tidal surge, inundating the plant with 840 million gallons of untreated sewage waters that fed into the Newark Bay, according to PVSC officials. According to the newspaper, PVSC will be eligible for $78 million of the funds for a new power plant and sea wall.

Other major projects that will benefit from the legislation include:

“Projects such as these are critical to ensuring these vital public services remain in operation in times of natural disasters, and that our environment is protected,” state Department of Environmental Protection Commissioner Robert Martin told The Record. “Sandy dealt a devastating blow to our drinking water and wastewater infrastructure, much of which is located along rivers and coastal areas that are vulnerable to severe flooding.”