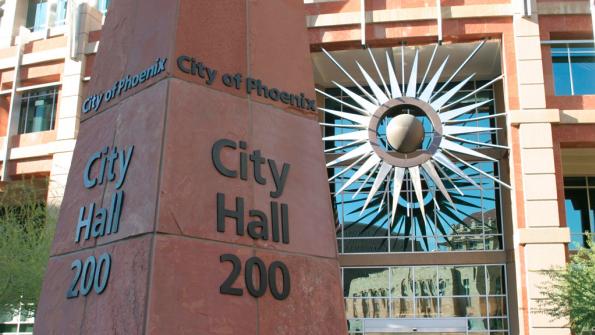 A Phoenix man discovered uncashed checks written for city services in a trash can.

The Phoenix Police Department is investigating a case of trashed, uncashed checks written out for Phoenix city services.

Phoenix Police Sgt. Trent Crump told American City & County the department has received photos and copies of more than a dozen checks made out to Phoenix. The checks range from $20 to $57,000 and are several months old. Some of the checks have been reissued, and the city is working to reissue others.

“The checks have allegedly all been destroyed,” Crump told the AC&C. “They (Phoenix city officials) felt this was a theft of mail, but I’m not sure we’ve established a crime at this point…We have a gentleman that was dumpster diving. He contacts local media, but he’s being uncooperative with us.”

The man who discovered the checks, David Zorehkey, told KPHO/KPTV news station 3TV News that he recently found the checks while looking for boxes in a city parking garage recycling bin. The checks were were written from banks and personal accounts, according to the news station.

"I pay taxes – which means some of my taxes are in here," Zorehkey told the news station. "They're always complaining about not having enough money for stuff. I'm sure they'd be happy to have an extra $70,000."

Detectives are not investigating Zorehkey as a suspect, Crump said. If a crime is established, the police department will offer a $1,000 reward through its Silent Witness program.