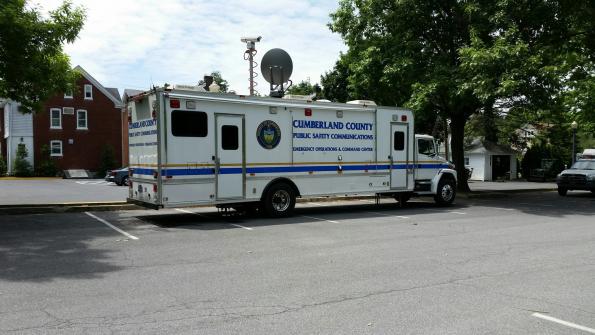 A new dispatch system will improve the 911 center’s communication with first responders.

Middlesex Township, Pa., officials have approved funding for a web-based dispatch that will potentially cut 911 calls in half and take first responders off hold.

Last week, Cumberland County commissioners unanimously approved $401,434 for the web-based Silent Dispatch system that will allow dispatch to communicate with first responders through the Internet and mobile devices, according to The Sentinel.

In August, western Cumberland County police chiefs cautioned commissioners of the danger posed when officers were consistently placed on hold when attempting to communicate with dispatchers, according to the paper.

Silent Dispatch will alert first responders to low-priority calls such as animal complaints and weather information, then, they will update the status of the calls through the same system, she said.

The Sentinel reported that emergency calls, including fires, car crashes and other life-threatening incidents, will continue to go through the current radio system.

The web-based system could cut calls in half, making more time for emergency calls, Silverstrim told the paper.

“I don’t think we’d ever want to get rid of radios,” she said. “But technology is always advancing and there’s always new things we can do … I really think this is a responsible purchase that is going to carry us through for a long time.”

The PA Media Group reports expenditure will be funded by the county Department of Public Safety’s savings of $920,000, which stemmed from a restructuring that reduced office staff from 15 to 12 full-time positions.

In addition to saving dispatch time, Silent Dispatch will save money, because officials say – with improved dispatch performance – it will eliminate the need for additional full-time positions, according to the media group.

The upgrades are about a year out from implementation to allow for protocol to be developed and dispatcher training, according to The Sentinel.