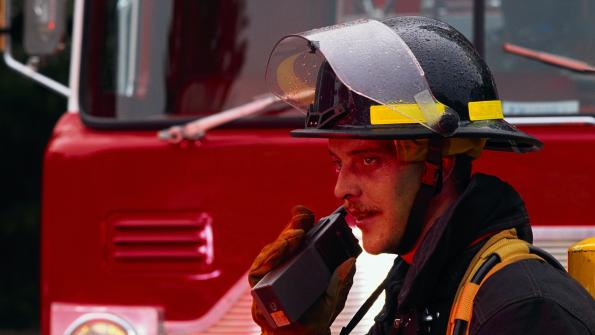 Audit report: D.C. fire & emergency has implemented 17 of 36 recommendations made in 2007

A City Task Force doled out a 36-item recommendation list for the department as a result of its neglectful response to the murder of New York Times reporter David Rosenbaum.

A Washington D.C. audit released last week revealed that less than half of the 36 recommendations made in 2007 by a city task force to improve D.C. Fire and Emergency Services Department (DCFEMS) have been fully or partially implemented.

The Rosenbaum Task Force formed following the death of New York Times reporter David Rosenbaum, who died of a head injury after being beaten and robbed. In the aftermath of his death, investigators deemed D.C. Fire & EMS neglectful in their emergency response to the incident, leading city officials to form the group and set the 36-item recommendation list, which included having all first responders cross-trained with basic firefighting and medical skills.

According to the Washington City Paper, DCFEMS has implemented or partially implemented 17 of the 36 recommendations, while 19 were rescinded later or never implemented.

The department has continued to face scrutiny based on its quality of care and, in some cases, failed emergency responses. One such instance is that of Medric Mills, whose 2014 death occurred after firefighters refused to aid him when he collapsed from a heart attack near a firehouse, according to the Washington Times.

While the report does not make any correlation to Mills’ death and the failure to implement the Rosenbaum Task Force’s recommendations, D.C. Auditor Kathleen Patterson said there could be a relation.

“I do think that our review showed some gaps in training in meeting current requirements for training,” Patterson told the Washington Times. “It may be in an indirect way some of those issues have contributed to some of the incidents.”

Staffing cross-trained first responders – the No. 1 Rosenbaum Task Force recommendation – still remains an unfulfilled tenant. Of the 23 employees hired as EMS providers in 2013, six had completed dual-role training, according to the auditor’s report.

Fire Chief Gregory Dean, who took over the department in May, said he is making efforts to fulfill the task force recommendations. Some first responders began dual-role training in April, which the report does not account for, DCFEMS Spokesman Tim Wilson said in a statement.

The Washington Times reported that Dean has fulfilled one of those recommendations by recreating the post of Assistant Fire Chief for Emergency Medical Services and appointing former Interim Fire Chief Edward R. Mills in that role.

Dean’s leadership brings about an opportunity to fulfill the task force’s recommendations, Patterson wrote in her report.

“With a new administration and new leadership of the Department of Fire and Emergency Medical Services, the District of Columbia has a new opportunity to address the commitments made in 2007.”