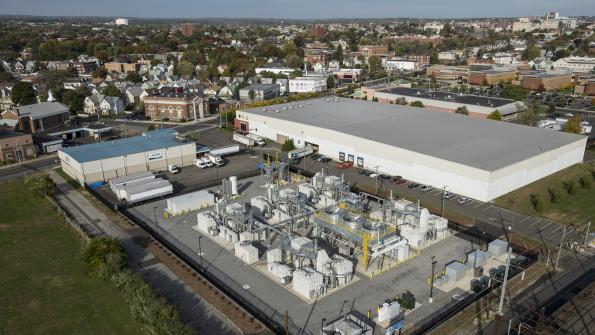 Fuel cells: Local and state governments turn to them for resilient power generation

Municipalities are relying on fuel cells as a reliable, clean energy technology.

Fuel cells are a reliable, clean energy technology used today in both commercial and municipal settings. Scalable and adaptable, fuel cells produce power electrochemically, without combustion, and can use a range of fuels to produce power onsite. The technology’s versatility is demonstrated by a number of government deployments.

One of the largest fuel cell systems is in Bridgeport, Conn. The 14.9-MW FuelCell Energy power plant avoids annual emissions of 297 tons of NOx and 67,600 tons of CO2, while providing locally generated power to 15,000 homes. Bridgeport also plans a 2.8-MW FuelCell Energy system as part of a new Green Energy Park.

“Fuel cells play a vital role in my vision for making Bridgeport a place where our kids and grandkids will choose to live, work, and raise their families,” says Bill Finch, mayor of Bridgeport, Conn. He says the city will soon add two more fuel cells. “By supporting projects like the 15-megawatt Dominion Bridgeport fuel cell park, we create jobs, involve companies investing further in the city and its future, and produce enough clean energy to power thousands of homes so our kids and grandkids can breathe easier,” the mayor adds.