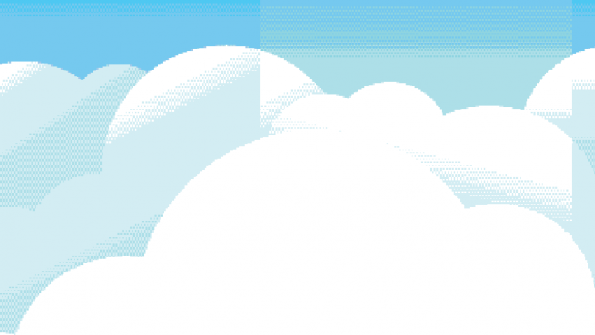 A technical guide for the non-technical

Cloud computing continues to increase in popularity but few outside of the IT department can discuss its advantages or challenges in much detail. The following aims to serve as a primer on the cloud, and will hopefully get even the most hardened Luddite up to speed.

Cloud computing: What is it?

“When people mention ‘the cloud,’ they’re really talking more about a model of technology than they are a location,” says Seth Robinson, senior director of technology analysis for CompTIA. “The cloud at its bottom level is about new infrastructure.”

He explains that an agency’s data can be stored in many ways – in the recent past this was on local, physical servers, which IT departments would house and maintain. Cloud computing changes this by storing data offsite, where it is accessed via an Internet connection.

This shift to offsite and virtual infrastructure has been occurring for some time. “For quite a while there was this move from physical infrastructure to virtualized infrastructure,” Robinson says. Virtualization made it possible to run multiple applications on one physical server, and now cloud computing is taking efficiency to the next level.

Why move to the cloud?

Cutting down on an agency’s overhead is one of the immediate benefits of switching to a cloud-based service, says Dennis Vlasich, the director of Fontana, Calif.’s, IT department. He notes that there is no need to purchase physical infrastructure, and generally speaking, cloud vendors provide services and redundancies that most local government IT departments couldn’t afford to provide themselves. In the end, using the cloud helps agencies use their limited resources — both people and funds — more effectively.

This makes cloud computing scalable in a way local networks could never be. Vlasich says that in an onsite-based computing model, IT departments would purchase more storage space than they needed with the anticipation of growth. “In the cloud model, you only pay for what you use,” he says. “I’m not having to buy additional [space] until I need it, and it gives you the ability to grow into it. For scaling up and scaling down, it really is a much better model.”

Robertson says the cloud also allows organizations to do new and interesting things with their data, including launching open data initiatives. Raw data can be separated, analyzed and shared more easily due to the increased computing resources provided by the cloud. “Governments are finding that there are certain data sets that they are able to make available publicly,” Robinson says. “By doing that, it gives other entities the ability to use that data in a useful way.” Cities including Boston, San Francisco, and Detroit have all successfully launched such programs.

Robinson says his home, Chicago, has also worked to make thousands of data sets publicly available through its open data portal, so that third party organizations can manipulate and work with the information to generate innovative solutions to municipal issues. “By [making data public], that gives other entities the ability to use that data in useful ways,” Robinson says. “Transit authorities or waste management or any number of other services… can use that data to help them make decisions better or help them understand their environments a little bit more.”

He adds, “a lot of governments are really trying to create their own open data initiatives and allow for innovation around the data that they’re making publicly available.”

What are some concerns with making the switch?

“With government, the sticking point has been security and privacy,” Robinson says, “As cloud computing ramped up, there were a lot of concerns with how secure data was in a cloud provider data center.” He says many governments have tight regulations on where they can store data – many cannot place data with a public cloud provider where they may share infrastructure with other agencies or companies. However, as migrating to the cloud has increased in popularity, many cloud providers are offering ways to utilize their services while remaining compliant.

Another area of concern, Vlasich says, has to do with what he calls an “exit strategy.” If an agency wishes to retrieve its data from the cloud vendor, it needs to be sure it will receive the data back in a form that it can use. If this provision isn’t included in the initial agreement, Vlasich says data retrieval can quickly become a nightmare.

Additionally, ensuring the vendor operates using a federated identity model is critically important, Vlasich says. Simply put, this means that an employee’s hosted login credentials are checked against the local network identification before an employee is allowed access to the cloud. If an employee quits, or is fired, the IT department needs to make sure she or he no longer has access to the organization’s cloud data.

The vendor must also offer Open Application Program Integration (API). Open API essentially allows data sets to interact with one another. Vlasich gives the example of Payroll, Human Resources and Timecard Management systems all on different hosted services. Obviously, they all need to be able to communicate with each other in order for the entire system to work. “You’ve got all kinds of shared information in different systems that need to talk to each other,” he says. “Open API gives you the tools to… pass data from one [system to another].”

The final concern, Vlasich says, has nothing to do with the cloud or its capacity, but the way in which an agency accesses it. As an organization becomes more reliant on cloud computing, and more of its data is stored offsite, Internet connectivity becomes increasingly important.

“The one thing that almost everybody fails to take into consideration is Internet bandwidth,” Vlasich says.

He says Fontana is being proactive about this issue, and is working to construct a second redundant “fail-over” network. “If one of them fails for whatever reason – somebody drives a backhoe into a major trunk line, it’ll fail over to the other connection.”

What is the future of Cloud Computing?

Vlasich estimates that currently, his department stores about 10 to 15 percent of its data in the cloud, but reckons that will increase to around 50 percent in the next five years. And this shift, he says, is changing the role of the IT department nationally.

“The paradigm shift in computing from premise- to cloud-based computing is changing the role of IT dramatically,” he says. “There’s no question that IT needs to adapt.”

Vlasich says the IT department will need to become brokers, helping the government’s various departments find the right hosted services, and making sure that their concerns are being addressed properly. “That’s really the key,” he says.