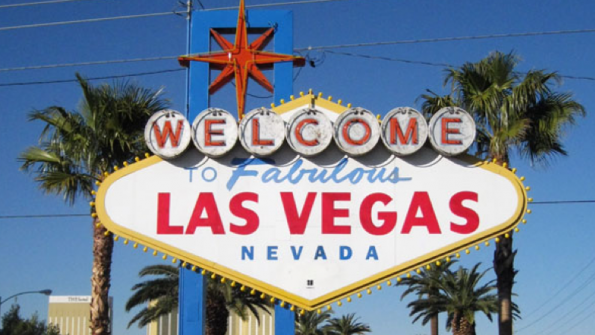 The tiny park is barely bigger than a parking space, but these micro green spaces may be the next big thing.

Joining the ranks of San Francisco and Chicago, Las Vegas is the latest city to join the “parklet” parade.

Located downtown, Sin City’s first mini-park opened to residents last week. The 120-square-foot green space will allow up to 10 people to take respite from the urban hustle, according to the Las Vegas Sun.

“We have to do big things in small spaces,” City Councilman Bob Coffin, who represents downtown Las Vegas, told NBC affiliate 3 News. “Microparks and pocket parks are the wave of the future.”

Christened “The Waiting Game” by park creator John Curran, the space also can benefit surrounding businesses – acting as outdoor seating, a place to wait for tables or an area to enjoy drinks. The parklet should provide a small economic boost to the area, Curran told the Las Vegas Sun.

The paper reports that between fundraising, manufacturing and installation, the parklet’s construction took about a year. Typical parklets cost between $30,000 and $60,000 to build, according to 3 News.

The park now occupies space where a metered parking area once stood, but Coffin isn’t concerned that the city will lose money.  “So we lose a little revenue, so what,” Coffin told the TV station. “It’s no big deal because we need open space. We need parks.”

To learn more about the micro-park movement, check out American City & County’s coverage.