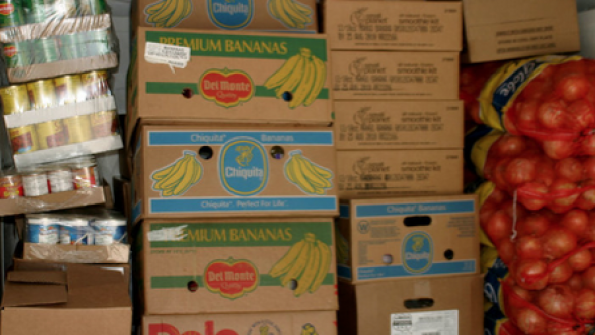 In order to improve community relations and help serve those in need, officers of the Hennepin County, Minn., Sheriff's Department will be distributing nutritious food to the hungry.

In the wake of recent high-profile police misconduct cases, officers of the Hennepin County, Minn., Sheriff's Department are making an effort to reach out to their community in a positive way.

Starting this summer, along with their standard gear, deputies patrolling downtown Minneapolis will carry boxes filled with oatmeal, canned vegetables, granola bars and other healthy foods, according to Minnesota Public Radio. Sheriff Rich Stanek tells MPR the program is a way for officers to immediately help individuals they come in contact with.

"There's no doubt in my mind that we will come across a number of those who are less fortunate, maybe even homeless," Stanek tells MPR. "This will allow the deputies to build a little rapport, reach out to them, [offer] a healthy alternative to what they might be doing."

According to local ABC affiliate Eyewitness News 5, the sheriff’s office has partnered with nonprofit group Matter to pack and distribute the boxes. About 40 deputies will be participating in the program.

Last year the U.S. Department of Agriculture estimated that 11 percent of Minnesotans are classified as food insecure, meaning they aren’t sure where their next meal is coming from MPR reports.

The boxes will also be distributed by hospitals, schools, fire stations and housing programs, says Joe Newhouse, director of operations for Matter in a Sun Post newspaper article. The boxes’ contents were selected with help from Hennepin County Medical Center dietitians for their nutrition.

“There is huge need to fill the hunger gap in our country,” Newhouse tells the paper, “[Poor] health conditions will keep people in the cycle of poverty.”

Matter President Quenton Marty says the project's goal isn't to replace or replicate the services provided by food banks or other emergency food organizations, but to provide temporary relief.

"We wanted to say, 'Where are some gaps where we can step in?'" Marty tells MPR. "We're trying to reach the nontraditional places.”