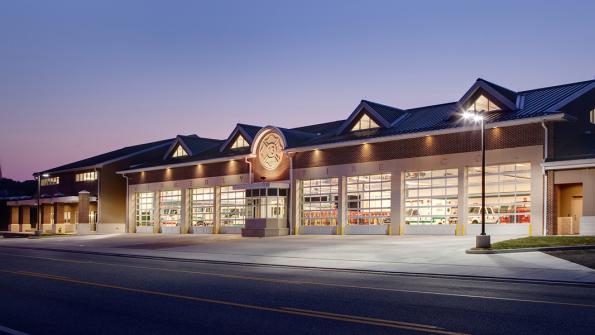 Dan Walker, P.E, a professional engineer and the assistant general manager of the Metal Building Manufacturers Association discusses the advantages of metal buildings and how they meet the needs of local governments.

About half of all 1- and 2-story business buildings in the U.S. are now built using metal building systems. “As a result, it’s safe to assume that a majority of low-rise government buildings being constructed today are made of metal,” says Dan Walker, P.E, a professional engineer and the assistant general manager of the Cleveland-based Metal Building Manufacturers Association (MBMA). He says that metal systems are becoming very common for use as fire stations, police stations and local government offices. Metal structures also serve as recycling and service centers and other municipal facilities.

“They are typically built much faster than conventional buildings, and have the advantage of offering larger interior spaces with high ceilings to accommodate large fire and rescue vehicles, as well as heavy equipment,” Walker says. Metal buildings can be designed to include any type of vehicular access door, from large coiling overhead doors, to high-lift dock doors, sectional garage doors and folding doors.

Walker says that MBMA-member firms have manufactured thousands of city and county structures in the past ten years. He cites recent fire station projects in Bluffton, S.C., Simpsonville, Ky. and Spartanburg, S.C. He adds that many cities are now creating their local performing arts venues and city headquarters using metal systems with metal roofs as well.

“The buildings are easy to reconfigure and to expand. They offer flexibility for all city services and venues,” he adds. Walker says that metal building technology is rapidly increasing the trend toward greater use of metal in structures. He predicts that the upward trend will continue, in part, due to metal buildings’ ability to exceed energy code compliance and help reduce facility maintenance costs.