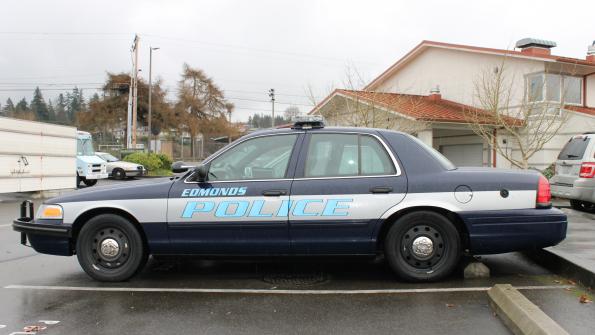 The Edmonds Police Department (PD, Wash.) has adopted new propane fueling technology. For nearly two years, the department has operated 14 propane Autogas patrol vehicles (Ford Crown Victorias, pictured below), which can help fleets reduce fuel costs and emissions, according to the company. In an effort to further reduce emissions, The Edmonds PD has adopted the Stäubli fueling nozzle and dispenser. Blue Star Gas, the department’s fuel supplier, brought the alternative-fueling system to the Northwest.

“With the Stäubli refueling technology, operators are no longer required to wear personal protective equipment during fueling, and the nozzle releases next to zero emissions,” says Darren Engle, director of government relations for Blue Star Gas. The system uses a positive locking mechanism as opposed to a threaded connection. “Overall, this technology simplifies the fueling routine and creates a system similar to that of traditional fuels. It’s an important step toward normalizing alternative fuels within our transportation culture.”

Manufactured in Europe, the Stäubli dispenser nozzle and connector assembly was recently brought to the U.S. by Alliance AutoGas as part of an initiative to drive nationwide implementation of the technology. According to Engle, the alternative fuels program at the Edmonds PD made the department an ideal candidate for adoption of the fueling technology.

“We’re delighted to be part of this effort,” says Edmonds Police Chief Al Compaan. “The new technology will improve the overall quality of our alternative fuel program and will provide for a simplified, quicker and more environmentally friendly fueling procedure that my police officers will like.”

Blue Star Gas supervised the installation of the nozzle and dispenser at Edmonds’ existing fueling locations and is teaching fleet personnel how to operate the new technology. Edmonds fleet crews are tasked with replacing the filler receptacle on each vehicle. Edmonds police officers started to use the new system this spring.