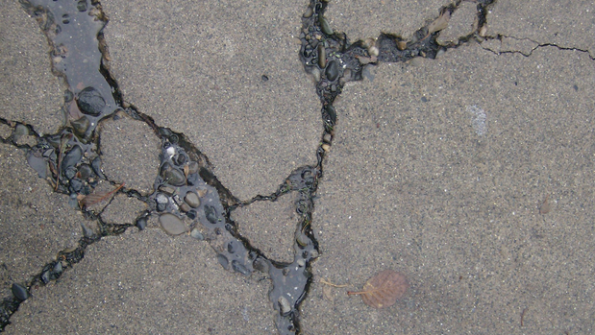 Los Angeles, Jackson, Miss., and other cities are involved in legal action to fix sidewalks in order to remain compliant with the Americans with Disabilities Act.

In the recent landmark Willits v. City of Los Angeles Sidewalk settlement, the city tentatively agreed to pay more than $1 billion to repair the city’s paved walkways and make other pedestrian improvements.

The class-action lawsuit was filed under the Americans with Disabilities Act (ADA), and alleged the city did not maintain its sidewalks “in a condition that is useable by class members who rely on wheelchairs, scooters, and other assistive devices to get around.” City Lab reports the agreement, which still is pending a judge’s approval, means the city would pay $1.4 billion over 30 years to repair and upgrade sidewalks, install curb cuts and create accessible crosswalks.

One of the deciding factors in the decision, according to Linda Dardarian, one of the lawyers for the plaintiffs, was the 2013 election of Mayor Eric Garcetti, who campaigned on a pledge to renew the city’s streetscapes, according to The Los Angeles Times.

“Before that, it had been a scorched-earth battle,” Dardarian told City Lab. “[Members of the previous administration] weren’t seeing this as an opportunity to resolve a chronic, systemic, intractable problem that had been weighing on the city for decades. It took the new administration — with more of an attitude of positivity and what can be done instead of what can’t be done — to resolve an issue that affects the whole city.”

While broken sidewalks can be a nuance for many people, for those with mobility issues, they can be life-hindering barriers. “A lot of our people are already isolated socially,” Lillibeth Navarro of Communities Actively Living Independent and Free (CALIF), one of the plaintiffs in the suit, told City Lab. “On the one hand there’s the ADA, promising opportunities to jobs and all the facilities that society has, and you want so much to be a part of that. But of course the first step into the world is the street outside your door. So we have been struggling in traversing the miles and miles of sidewalks. People have gotten hurt tipping over in their wheelchairs.”

Other cities have also ben legally obligated to upgrade sidewalks, in 2009, Jackson, Miss., received a consent decree from the U.S. Department of Justice following a lawsuit against the city’s public transportation system by disabled citizens who complained that the city wasn’t in compliance with the ADA, according to the Jackson Free Press.

In 2011, a case study was released by the Transit Access Project, a watchdog organization for paratransit issues. It praised the city for taking action, the paper reports, but said more work is required.

"Some progress has been made in Jackson, while some issues remain unresolved, and new issues have developed," the study stated. "Jackson riders with disabilities report that the purchase of new buses resulted in improved access to lifts and ramps, and that the new management company has been more responsive; however, riders indicate that paratransit capacity has not increased, and callers attempting to make reservations on paratransit are still being turned away. Also, the city and JATRAN have missed several deadlines established by the consent decree."

Advocates of such improvements argue that ADA-compliant infrastructure not only benefits those with mobility issues, but also benefits the greater population. “It’s beneficial to not only people with disabilities but to the whole human family,” Navarro told City Lab. “Seniors, mothers with strollers, even the young people on their skateboards.”