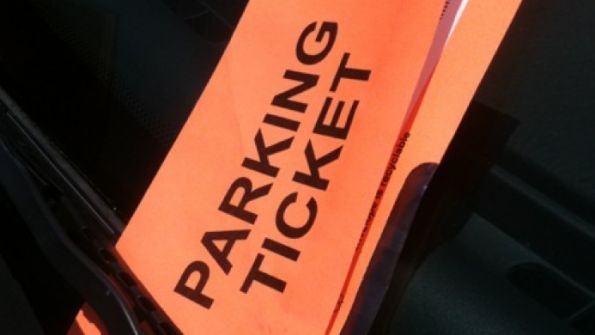 Nevada court is near-broke due to declining parking ticket revenue.

The Nevada Supreme Court has a problem on its hands. Not enough people are breaking the law.

Chief Justice James Hardesty recently told a panel of state lawmakers that the court will be broke by May 1 if the legislature does not provide emergency funding to keep it operating. The biggest problem? A decline in the number of parking tickets being written, according to the Las Vegas Review Journal.

The court receives millions of dollars every year from parking tickets, which range from $30 to $120 per infraction, the paper reports. But the number of tickets written by law enforcement agencies around the state has been on the decline. In 2010, 615,267 citations were issued in Nevada. In 2014, that number dropped to 484,913.

The Washington Post reports nearly three-fifths of Nevada’s court’s budget is typically derived from traffic tickets. “When law enforcement is writing ample traffic citations, the budget works fine,” Hardesty said in his testimony. “When they are not, the budget doesn’t work at all.”

The irony that the court relies on people breaking the law is not lost on Hardesty, The Washington Post reports. “The court encourages the commission of crime so that we have adequate money to operate,” he noted. “I submit that at some point, maybe the legislature should revisit the manner by which the court is funded and the entire show should be in the state general fund. Just a point.”

The Nevada Highway Patrol’s shifting priorities is another issue contriubting to the lack of revenue to support the courts. The agency is focusing more on infractions that could cause accidents, such as distracted or drunk driving, according to the Las Vegas Review Journal.

Hardesty does not blame law enforcement officers, though. “I’m not faulting law enforcement – either they are understaffed or they have changed policies,” he said. “Now with all due respect to the citizens of Nevada, I don’t think anyone is driving better. I think the truth is that we’re seeing less traffic violations because law enforcement’s priorities have changed and it has changed dramatically.”