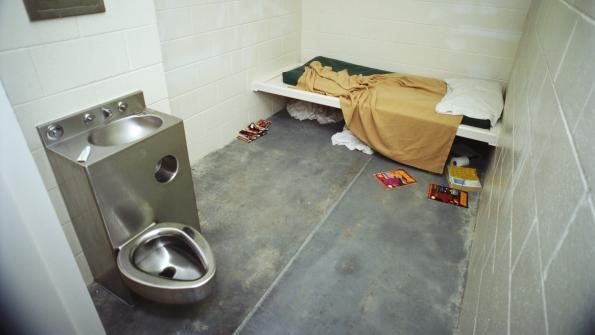 The Safety and Justice Challenge aims to reduce over-incarceration and over-reliance on prisons at the state and local level.

Prison overpopulation is a growing concern. Resources are stretched thin, and local and state leaders are looking for solutions. The Safety and Justice Challenge is one available resource.

The $75 million program, launched by the John D. and Catherine T. MacArthur Foundation, seeks to reduce over-incarceration by changing the way American political leadership thinks about and uses jails and prisons. The challenge will support cities seeking to create justice systems that will improve public safety, save taxpayer dollars and lead to better social outcomes, according to program materials.

According to the Bureau of Justice Statistics, in 2013 1.57 million adults were incarcerated in state and federal prisons, and 731,200 were housed in local jails. Those on probation numbered 3.91 million and 853,200 were on parole. Overall, the number of adults under correctional supervision is down – it is at its lowest level since 2003.

However, the American prison population is staggering when compared to other developed countries. According to The New York Times, the U.S. has less than five percent of the world’s population, but nearly a quarter of the world’s prisoners.

Additionally, a common criticism is that minorities are disproportionately targeted by the American Justice system. In her book The New Jim Crow: Mass Incarceration in the Age of Colorblindness, author and civil rights lawyer Michelle Alexander says that the U.S. imprisons a larger percentage of its black population than South Africa did at the height of apartheid.

The Safety and Justice Challenge seeks to mitigate the problem. “For too long America has incarcerated too many people unnecessarily, spending too much money without improving public safety,” Julia Stasch, MacArthur’s interim president said in a statement. “Jails are where our nation’s incarceration problem begins; there are nearly 12 million jail admissions every year, and jails too often serve as warehouses for those too poor to post bail, nonviolent offenders, or people with mental illness. With this substantial, long-term commitment and investment, MacArthur hopes to support and demonstrate alternatives to incarceration as usual, and to create demand and momentum for change across the country.”

The challenge will support jurisdictions across the country working to safely reduce over-reliance on jails with a particular focus on addressing impacts on the poor and minorities. The foundation will fund up to 20 jurisdictions to design and implement plans for creating fairer, more effective local justice systems. The foundation recently released a request for proposals.