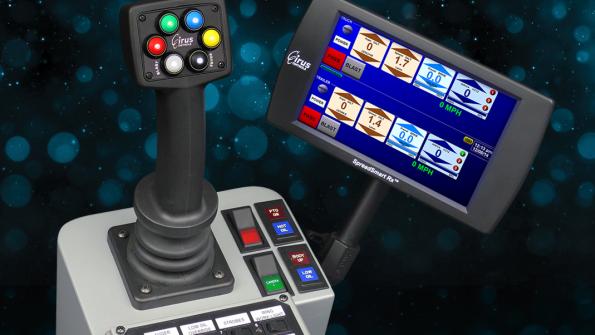 The Lowell, Mass., Department of Public Works (DPW) decreased its winter road salt use by 30 percent and saved over $780,000 on its snow and ice budget, thanks to an electronic setup on city snowplow trucks. The SpreadSmart Rx spreader control system from Minneapolis, Minn.-based Cirus Controls offers precise coverage.

Based on a truck’s speed plus air and road surface temperatures, the electronic spreader control system — rather than snowplow truck operators — regulates the rate of salt or other deicing materials applied to winter road surfaces.

Before installing electronic spreader controls on its snowplow trucks, the Lowell DPW was applying tons of salt on city streets for each winter storm. “Our operators would typically set their existing manual spreaders to maximum and go, putting down about 1,000 pounds of salt per lane mile. As a result, our streets were often covered in salt after a storm,” says Kevin Murphy, Lowell city manager.

Over the last three fiscal years, Lowell and the DPW cut road salt use by 30 percent when measured in tons per inch of snow. The drop occurred in spite of extremely harsh winters. The seasonal amount of snowfall, for example, tripled during this time frame.

“We’ve significantly reduced the amount of salt runoff into our rivers, streams and homeowners’ yards,” says Murphy. “In addition, the salt savings over the last two snow seasons has reduced our snow and ice liability. The smaller liability has negated our need to dip into any other budget surpluses or incorporating a greater snow and ice deficit into the following year’s budget, which would add to our citizens’ tax burden.”