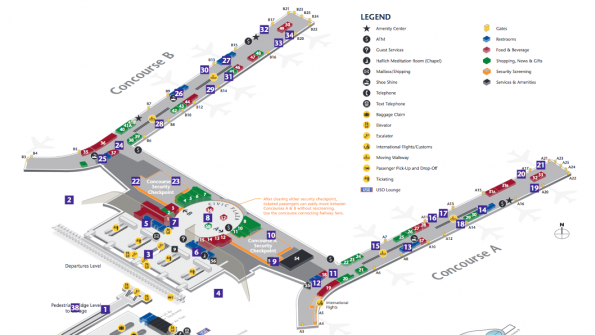 The second phase of the 75-acre project wrapped late this month, adding 32,100 sun-tracking, photovoltaic solar panels that will produce more than 15.2 million kilowatt hours annually, according to project materials. In total, the farm boasts 76,000 panels.

"The airport could not be more thrilled to have the largest airport-based solar farm right here in our growing city of Indianapolis," Mario Rodriguez, executive director of the Indianapolis Airport Authority, said in a statement. "The Solar Farm not only enhances our environmentally friendly and energy-efficient terminal campus, but also played a huge role in our recent recognition of being named one of America's greenest airports."

The airport was given this recognition by Urbanful, an online urban issues publication. In addition to the solar farm, in 2011, the airport was the first in the nation to win LEED certification for an entire terminal campus, the magazine notes.

Indianapolis Power and Light Co, the municipally contracted private provider of power to the greater Indianapolis area, buys the solar farm’s power. However, the power costs three to four times more than the utility can make by reselling it, according to The Indianapolis Star. The utility has subsidized the difference by raising rates by several cents for its customers.

It was never the city’s ambition to create the world’s largest airport-based solar farm, Kendall Bybee, a spokeswoman for General Energy Solutions, the owner and operator of the solar farm, told the Associated Press. It happened naturally as the airport chose to put more land into use for power generation.

"The airport's intention was never to have the largest airport-based solar farm — it just so happens that it happened, because the airport had so much unused land,” she said.

About a dozen employees operate the solar farm, according to the Associated Press. General Energy Solutions is a Taiwanese company with U.S. offices headquartered in California.

For more information on the solar farm, click here.