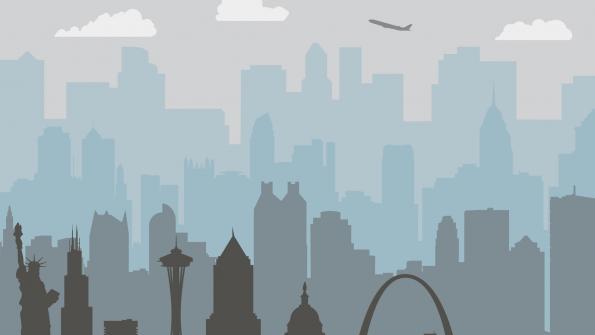 After the Great Recession, fiscal challenges remain for cities

Major U.S. cities are still digging out of the Great Recession says a new Pew Charitable Trusts analysis. The report, “Recovering from Volatile Times,” examines how America’s big cities navigated fiscal challenges during the Great Recession and in the years following that downturn.

It evaluates the fiscal conditions of 30 large American cities that have a combined population of 34 million. The report identifies the factors that drove cities’ decline and rebound during the Great Recession, and the mechanisms cities employed to address the fiscal strain. Although the national economy may be recovering, Pew found that challenges remain for local governments.

Pew analysts found that more than half of the 30 cities—18—saw governmental revenue decline from 2011 to 2012 after adjusting for inflation.  Of these, eight reported their lowest revenue since the downturn began in 2007. In some major cities revenue declines continued into 2012—a full three years after the national recession ended.

Not all cities were worse off in 2012 than the year before, however. Boston, Cincinnati, Minneapolis, New York, and Seattle exceeded their prerecession revenue peaks in 2012—mostly due to gains in sales and income taxes and increased charges and fees.

Cincinnati’s access to a locally levied income tax that makes up a substantial share of its total revenue (in addition to property taxes) has aided the city in its ongoing recovery, says one of the study’s authors, Mary Murphy. “The city also received a significant infusion of aid from other governments, particularly between 2009 and 2011. That period also included an influx of funds from the federal American Recovery and Reinvestment Act of 2009, which helped prop up Cincinnati’s total revenues during that time as well,” explains Murphy.

Some of the report’s findings:
•    Governmental revenue fell in 18 of the 30 cities between 2011 and 2012, double the number from 2010 to 2011. In 2012, eight cities recorded their lowest level of revenue since the start of the recession.
•    In the majority of cities, drops in property tax revenue and state aid accounted for most of the revenue loss; both fell 4 percent on average across the 30 cities.
•    Revenue increases from sales and income taxes—in cities that collect them—and from charges and fees helped to mitigate losses in some cities.
•    In 2012, 10 cities had revenue above their prerecession peaks, after adjusting for inflation.

•    Four of the nine cities that had surpassed their pre-downturn revenue peak in 2011 fell back below that level again in 2012.
Seventeen cities managed to increase spending on some programs and services and replenish reserves in 2012, but overall spending in most cities remained below prerecession levels. The report authors conclude: “This cautious approach suggests that many city officials have adjusted to the reality of an unusually slow recovery.”

Murphy tells Government Product News that city fiscal officers will continue to struggle in the remainder of 2014. “Because the housing market recovery continues to be sluggish, I think that we can expect, for many of these cities, that revenue challenges will persist. Also, because we saw in 2012 that many cities were still operating with lower levels of spending than they had heading into the recession, that city policy makers will continue to have to make difficult budget choices.”