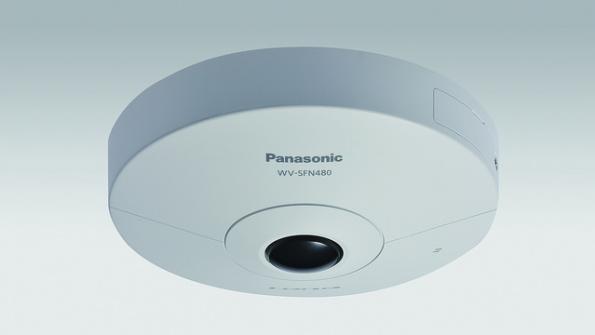 Versatile dome cameras can monitor a variety of government installations

The models feature an Auto Back Focus (ABF) structure that is designed for the cameras’ single focus lens. The assembly ensures both models automatically achieve optimal focus in day or night environments while helping to streamline installation.

“One of the cameras can replace multiple cameras in a government facility,” said Jim Wickizer, who is senior marketing manager at Panasonic. “Judicial offices, transit stations and government office buildings are just a few of the public sector installations where the ULTRA 360 can perform surveillance,” Wickizer told GPN at the ASIS show. Wickizer added that the new models are TAA-compliant and feature Dynamic 6 technology, which should appeal to federal agency buyers.

The ULTRA 360 cameras are built on a 4K ULTRA HD imaging engine and are the first in a series of 4K video surveillance cameras coming from Panasonic. The 4K on 360° platform produces high-resolution images with substantial picture detail across the broad field of view offered in the panoramic format.

The ULTRA 360 cameras offer Heat Map-type analytic capabilities. These can aggregate a history of movement in a scene and also indicate dwell time in an easy to understand color overlay. Additional analytics include a 12-virtual-line, bi-directional “people counting” function to assist in quantifying activity in a scene. These new analytics are suited for generating insight into floor behavior in a variety of environments to track people movement in public spaces.

Like all i-Pro cameras, the Ultra 360 cameras’ on-board processor generates image-corrected video in multiple display formats. The processor has the ability to encode up to four H.264 streams simultaneously, and it offers JPEG modes for flexibility.
Also on the ULTRA 360 cameras: They feature edge-ready recording with a single SDXC memory card slot. This feature permits flexible record modes, including alarm recording and backup recording in the event of a network failure.

The cameras rest in a tough, anti-shock, vandal-resistant chassis that meets IP66 standards for dust and water resistance. The units are EN 50155-compliant for on-vehicle applications. The ULTRA 360 cameras are ready for installation in vehicles such as buses and trains.

The WV-SFV481 and WV-SFN481 will be available in December through authorized Panasonic resellers. To learn more about Panasonic’s ULTRA 360 fixed dome cameras and 4K imaging engine, go to this site.