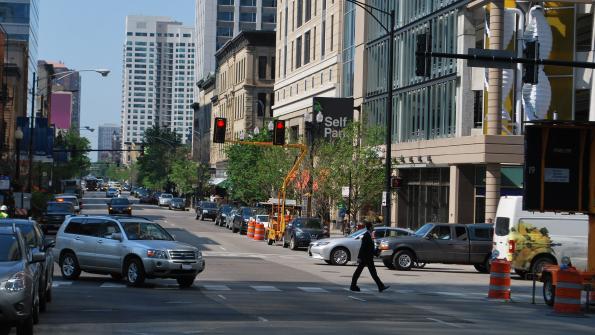 Be ready for traffic signal knockdowns (with related video)

A variety of natural and man-made events can knock down a permanent traffic signal in seconds and cause traffic nightmares. Here is how the PortaPole quickly fixes traffic signal knockdowns.

Traffic accidents, hurricanes, tornadoes and earthquakes can knock down a permanent traffic signal in seconds and cause traffic nightmares. When signal knockdowns occur, it is important to rapidly restore traffic control, but it takes time for signal technicians and electrical contractors to assess the situation, get parts and start making repairs. Temporary traffic control might be needed for several hours to several days while the signal is being replaced. Each passing minute without appropriate traffic control adds to the danger.

Most municipalities have action plans and budgets in place to address knockdowns as part of their routine maintenance programs – but many are not fully prepared to rapidly restore traffic control while the knocked down signal is being repaired. Temporary stop signs and manually directing traffic can result in chaos and frustrated motorists while crews try to repair the permanent signal.

A new generation of portable traffic signals has emerged. They were designed to be used as temporary poles during knockdowns. These portable signal poles can be quickly deployed to the location and connected directly to the street corner NEMA controller via a wireless or direct wired interface system. They assume the standard function of the street corner controller so the portable pole functions as if the permanent signal were still in place.

One example of portable knockdown units is the ADDCO PTS-2000 PortaPole from John Thomas, Inc. The company is based in Dixon, Ill. John Dvorak, president of John Thomas, says, “When a signal goes down, maintenance crews are under pressure to get the situation under control as fast as possible. Portable signal poles make this possible and are a new tool to have in your toolbox.” Planning ahead for knockdowns helps municipalities be ready for the unexpected and restore traffic control in minutes. Having the right tools in their fleet can make a big difference.

The PortaPole is designed for rapid deployment to serve as a temporary replacement pole during traffic signal knockdowns. The PortaPole includes the Galaxy Wireless Signal Interface System and connects wirelessly to street corner NEMA controllers. One person can raise the electric-hydraulic-powered signal mast and arm with the flip of a switch in seconds. Crews can activate the assembly without entering the traffic path in busy intersections. The self-contained power supply with optional solar recharging gives the PortaPole the portability needed for quick emergency jobs and the capacity for long-term projects. Go to this site for more information.

The PortaPole can be used as a stand-alone unit or in conjunction with the existing function of intersection signals. One corner cabinet module can control multiple poles. “The PortaPole looks like a work zone traffic signal on the outside, but it’s not. Instead, it’s a substitute or temporary pole that can be rapidly deployed and controlled by street corner controllers. Intersection traffic control can be quickly restored,” concludes Dvorak.

See how quickly the PortaPole deploys in this video. The product is suited for traffic signal knockdowns, signal relocations or anywhere a substitute traffic signal s needed.