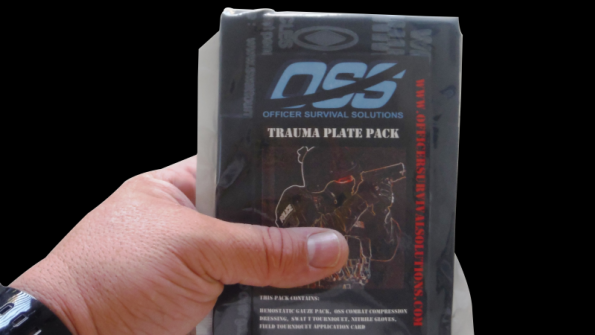 The Atlanta Police Department will soon have a new way to protecting its officers.

As part of a pilot program, the Buckhead Coalition, a neighborhood business group, introduced a trauma pack pilot program for front-line officers on patrol, according to program materials. The pack is designed to help treat gunshot wounds.

The Trauma Plate Packs, which cost $50 a piece, will be obtained from California-based Officer Survival Solutions. The packs include hemostatic gauze, a wrap-style tourniquet, compression dressing, a pair of nitrile gloves and a field application card. These items are contained in small, thin bags and have a three-year shelf life.

When arranging the pilot initiative to supply packs to Buckhead’s Zone 2 officers, Atlanta Police Chief George Turner suggested they be offered city-wide. Responding, former Atlanta Mayor and Coalition President Sam Massell invited A.J. Robinson, president of Central Atlanta Progress, and Keith Green, president of the Midtown Alliance, to participate, which each has agreed to do, according to program materials.

The initial distribution, according to the Buckhead Reporter, will provide 30 kits for officers in Atlanta’s Buckhead neighborhood, 30 for midtown and 30 for downtown. Should the pilot program prove successful, an estimated $75,000 budget for additional packs may be issued by the Atlanta Police Department.

The program initially started in Bermuda, one of Atlanta’s sister communities, according to the Buckhead Patch. Bermuda Governor George Fergusson praised the use of these packs, saying that two-thirds of police officers that die in the line of duty do so from loss of blood. Fergusson says standard issue trauma packs can help save lives.

These packs are also standard issue in the U.S. Virgin Islands, where one was used to save the life of former Police Chief Christopher Howell after he sustained multiple gunshot wounds.   Learn more about Officer Survival Solution’s Trauma Plate Pack here. To learn more about the original program in Bermuda, watch the video below.