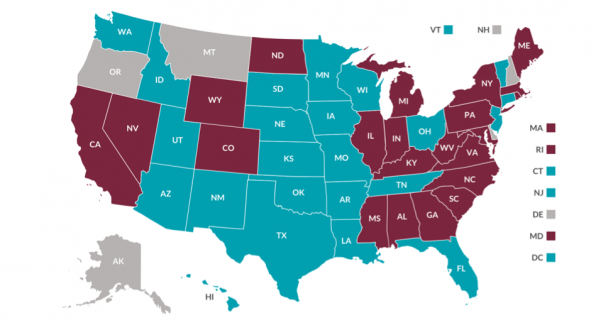 Though some of the measures were controversial, particularly the so-called “yoga tax,” D.C.’s new sales tax code went into effect Oct. 1.

In July, the D.C. Council approved a sales tax reform to increase the low-income tax credit, but this means sales taxes will now now be applied to businesses that were previously exempt. As of Oct. 1, a 5.75 percent sales tax was levied on the following items:

The tax on health club memberships was the most controversial, with mayoral candidate David Catania vowing to veto it. Online news source D.C.ist reports the candidate tweeted “As Mayor I will submit an FY16 budget that will repeal the Wellness Tax” with the hashtag #DontTaxWellness.

However, in a conversation with The Washington Post, David Umansky, a public affairs officer in D.C.’s Office of the Chief Financial Officer, said the tax would be levied appropriately and fairly.

“For the purposes of the new tax on the services of a health club, “health club” is defined to include fitness club, fitness center or gym,” Umansky told the paper. “The purpose of which is physical exercise, includes the use of, access to, or membership to, an athletic club, fitness center, gym, recreational sports facilities featuring exercise and other active physical fitness conditioning or recreational sports activities including swimming, skating or racquet sports, or other facility for the purpose of physical exercise.”

Additionally, the taxing of health clubs and wellness centers is far from a novel idea. In a recent investigation, The Tax Foundation found 24 states apply sales taxes to fitness memberships and services, as illustrated in the map above.

The Tax Foundation found that if you compare the statistics with the United Health Foundation’s American Health Rankings report, only two of the top 10 healthiest states, Massachusetts and Colorado, exclude gyms and fitness club memberships from sales taxes.

Additionally, the Tax Foundation argues D.C.’s restructuring will help most residents. Benefits include: