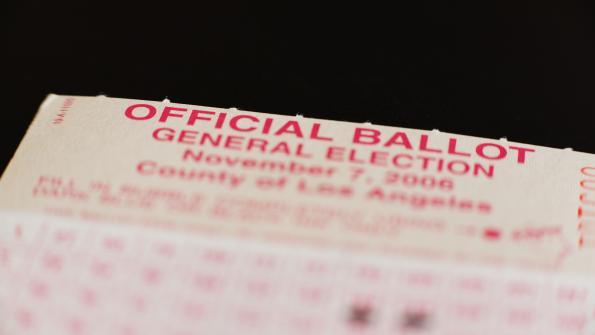 Spending and taxes are important issues in mayoral races across the country. American City & County highlights three such races here.

Spending and taxing issues are shaping at least three mayoral races in 2014. Providence, R.I., Washington D.C. and Anaheim, Calif. voters will all examining candidates’ stances on fiscal matters to make their choices.

Democratic candidate Jorge Elorza will be facing former mayor and independent candidate Vincent “Buddy” Cianci for Providence’s mayoral seat this November. According to Next City, taxes have become a contentious issue between the candidates.

Cianci has gone on record, attacking Elorza for saying he would be in support of an additional municipal income tax, which could become a deciding factor in the race, according to Next City. Providence’s taxes are already among the highest in the country with one of the highest commercial property tax rates, second only to Detroit, according to the Providence Journal. Residential property taxes also consistently rank among the highest in the country.

Cianci’s attack is based on a video released during the Democratic primary by Elorza’s then-opponent Brett Smiley, according to the Providence Journal. In the video Elorza is seen saying, “I am very much in favor of a municipal income tax. It’s been tried in many, many other cities throughout the country, and it’s functioning effectively, and it’s much more progressive than what we have right now, where folks are paying so much for car taxes, real estate taxes and other taxes.”

Cianci has used this sound bite numerous times to attack Elorza, who counters by saying the municipal income tax would be a reform of an automobile tax that, he says, unfairly targets lower income residents.“I have said repeatedly that raising taxes is not an option,” Elorza responded in a statement. “I am not advocating for any new taxes as a candidate, and I have no plans to make any new taxes part of my agenda as mayor.”

In Washington, D.C., school spending and a so-called “fitness tax” have become targets with Democratic frontrunner Muriel Bowser and Independent candidate David Catania, according to Next City.

Improving D.C.’s middle schools is Bowser’s primary platform, according to The Washington Post. The councilmember says attention to the city’s middle schools is urgent, and these institutions are the next frontier in education reform. Current Mayor, Vincent Gray, on the other hand, has no concrete plans for school reform were he to be reelected, according to the paper.

The fitness, or yoga tax, is another hotly debated issue, of which Catania is a vocal opponent. Online news source D.C.ist reports that in June the councilmember introduced an amendment to the city’s budget, to remove a 5.75 percent sales tax on various local businesses, including yoga studios and health clubs.

The amendment ultimately failed, but the tax is still in Catania’s sites. D.C.ist reports after the amendment was struck down, the candidate tweeted “As Mayor I will submit an FY16 budget that will repeal the Wellness Tax” with the hashtag #DontTaxWellness.

In Anaheim, Republican Mayor Tom Tait recently alienated members of his party by opposing public subsides for a major hotel development, and with his handling of the fallout from police shootings in 2012 and 2014. His opponent, Lucille Kring, is looking to capitalize on these missteps, according to Next City.

The Orange County Register reports Kring is running on a pro-business ticket, supporting a deal with the Anaheim Angels to develop the space around the stadium and by backing the Tait-opposed sale of $300 million in bonds to pay for an expansion to the city’s convention center.

For more information on elections and campaigning, look for American City & County’s coverage in next month’s issue. Voting day is Nov. 4.