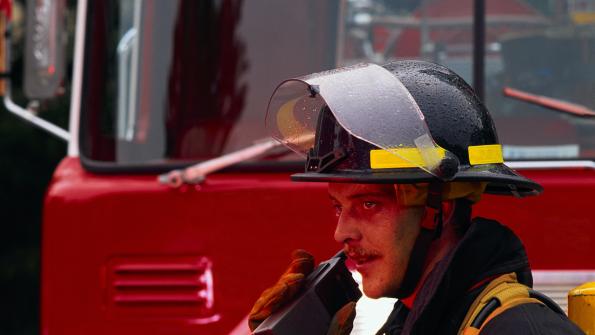 Communities threatened by the King wildfire in northern California are employing unconventional techniques, including deploying firefighter-trained inmates and employing fire-retardant personal shelters, to battle the blaze. To date, the fire has destroyed about 4,000 acres and threatened approximately 500 homes.

State Prison inmates have been assisting local firefighters with fighting the enormous fires, a now-common practice in California, reports News 10. The California Department of Corrections Conservation Camps program supplies the inmates, a practice that saves $100 million per year and, according to some prison officials, reduces recidivism. News 10 reported 955 inmates have been helping fight the King fire. One inmate was injured by a falling tree branch and evacuated for treatment.

When fires have grown too dangerous, firefighters have deployed personal shelters. According to the Fox 40 station, a captain in the statewide fire agency Cal Fire and his inmate crew protected themselves with these devices the afternoon of Sept. 15 near Pollock Pines, Calif. The shelters, which resemble a cross between a tent and a sleeping bag and unfold from a small pouch, have two layers, including an outer layer capable of reflecting 90 percent of a fire’s radiant heat.

“Over 300 firefighters’ lives have been saved and hundreds of serious injuries have been averted since the introduction of the dual-layer shelter,” said Master Sgt. David Leffer in a video depicting the training of California National Guardsmen in the use of the shelters posted on the Fox 40 site.

Local communities have pitched in to help. The Auburn Journal reported that the El Dorado County Fairgrounds have been transformed into both a headquarters for firefighters and a shelter for animals — mostly livestock — displaced by the blaze. Volunteers from groups like the El Dorado County Mounted Search and Rescue Team and the South County Large Animal Rescue cared for the animals, feeding them using funds from donations.