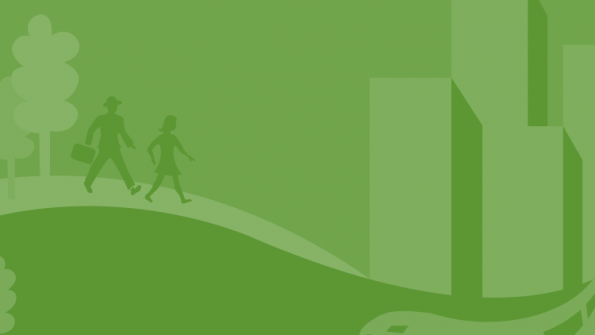 A recent survey released by the U.S. Conference of Mayors found that switching to energy-efficient lighting is one of the top sustainability concerns in cities across the country.

Many cities are finding that energy efficient lighting is one of the key ways municipalities are achieving their sustainability goals.

According to a recent survey of 288 cities released by the U.S. Conference of Mayors, titled Energy Efficiency and Technologies in America’s Cities, 82 percent of those surveyed rated LED/energy efficient lighting as the “most promising” technology available for reducing city energy and carbon emissions. 29 percent of those cities say switching to energy efficient lighting within the next two years is receiving top priority.

Other priorities noted in the survey results included using solar panels and other renewable energy devices and performing building retrofits with energy efficient systems. The breakdown of priorities follows:

“Mayors have long recognized their invaluable roles in promoting energy efficiency and in deploying new energy technologies in their cities,” Tom Cochran, CEO and Executive Director of the U.S. Conference of Mayors said in a statement. “This survey… provides timely and useful information on how mayors are leading in ways that save taxpayers money, reduce dependency on foreign energy, curb harmful air emissions, and grow jobs, businesses and the economy.”

To accomplish those goals, mayors identified three main funding sources – capital city funds, city operating funds and city utility/enterprise funds. Near majorities of respondents to the survey expect operating budgets (46 percent) and capital improvement funds (45 percent) to be the top two sources. About a quarter of cities (26 percent) expect to use utility or enterprise funds. A complete breakdown of anticipated funding sources follows:

The survey also found most (67 percent) cities expect the use of energy efficient technologies to increase over the next five years. A little less than a quarter (21 percent) said they expect these increases to be “significant.” Only 4 percent expect uses of such technologies to decline.