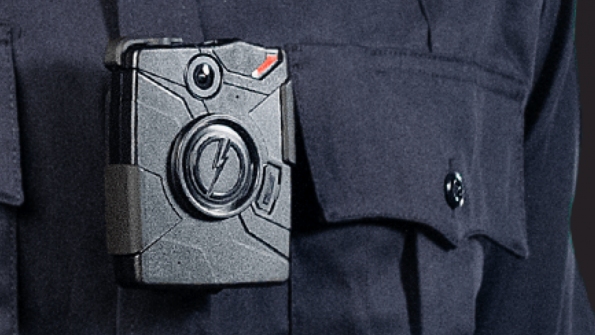 In the wake of events like those in Ferguson, Mo., municipalities across the country are investigating the pros and cons of outfitting officers with body-worn cameras.

The civil unrest in Ferguson, Mo., following the shooting of unarmed teenager Michael Brown and the uncertainty surrounding the shooting of Dillon Taylor have some law enforcement agencies and lawmakers calling for police officers to wear body-mounted cameras to record interactions with civilians.

At least one voice is calling from the federal level. Sen. Claire McCaskill (D-Mo.) yesterday said that if law enforcement agencies across the country wish to receive federal funding, officers should be required to wear cameras, according to CNN.

She says the cameras will not only protect civilians from police abuses, but can help protect officers from accusations, CNN reports. “Everywhere I go people now have cameras,” McCaskill said at a rally in Springfield, Mo. “And police officers are now at a disadvantage, because someone can tape the last part of an encounter and not tape the first part of the encounter. And it gives the impression that the police officer has overreacted when they haven’t.”

Several law enforcement agencies agree with this sentiment. Rialto Calif., is one of the first examples of a police department using these cameras to measure use of force by officers. The department found officers wearing cameras received 88 percent fewer complaints than officers not being recorded.

Rialto’s example has been cited heavily as an argument for outfitting officers with body cameras in cities including Pittsburgh, Salt Lake City, Hartford, Fort Worth, Texas, Chesapeake, Va., and Modesto, Calif., a spokesperson for Taser international, a major manufacturer of body cameras, told The New York Times.

And more municipalities are getting on board. Recently Atlanta’s Police Chief George Turner began testing use of the cameras, and told local TV news station WSB-TV his department is looking into the costs of deploying cameras city-wide.

Miami-Dade Mayor Carlos Gimenez, recently vowed to make body cameras mandatory for all county patrol officers. “I want a camera on every police officer,” he said at a town hall meeting last week, according to the Miami Herald.

He echoed McCaskill’s notion that body cameras would protect both police and civilians, according to the paper. “Police officers, everyone once in a while may step out of line. But there also are a lot of frivolous allegations against them.”

The mayor’s budget calls for the purchase of 500 cameras, enough to equip about half of Miami-Dade’s patrol force, the paper reports. $1 million is budgeted for the equipment, with an additional $400,000 for the operating costs tied to the devices.

But not everyone agrees the body-mounted cameras would be an infallible source of truth. Howard Wasserman, a law professor at Florida International University and expert on police cameras, told National Public Radio recorded images are not always neutral.

Privacy is also a concern. The New York Times reports there are no national guidelines for how and when officers should record their day-to-day duties. “The crucial questions of when police should begin recording their work and who gets to decide which encounters should be recorded are still being worked out,” according to the paper.

But Taser argues the cameras are more than a tool to help solve individual disputes – they can represent a willingness of police forces to be open and honest. “This helps us address the whole relationship between a police department and their community,” Rick Smith, Taser’s chief executive told The New York Times. “When that relationship gets off, really bad things happen.”

What do you think? Click here to weigh in on the body-camera debate.