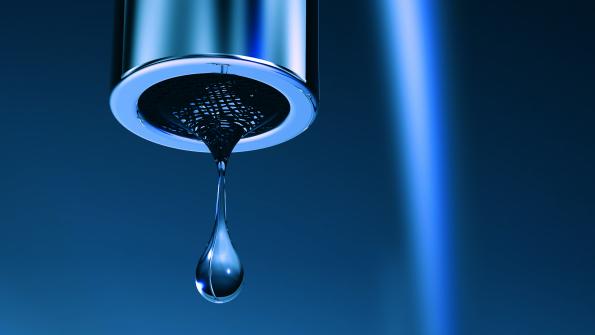 Resentment mounts as the Detroit Water and Sewerage Department intensifies its efforts to collect unpaid bills.

The Detroit Water and Sewerage Department (DWSD) announced last week it will intensify efforts to collect nearly $90 million it’s owed from an estimated 90,000 customers whose bills have been delinquent for more than 60 days.

Nearly half of the department’s customers are in some level of delinquency on their bills, according to Non Profit Quarterly. Many of these customers are low income, and are facing water rates that have grown 119 percent in the past ten years. The average water bill in Detroit is $75 per month, compared to the national average of $40.

And not only is the DWSD facing a tremendous backlog of missed payments, water theft has also become an issue in the cash-strapped city. Earlier this month the department issued 79 citations totaling nearly $22,000 for illegal water usage over a three-day span, the Detroit Free Press reports.

“It’s another example of money that we’re not getting that’s due to us,” DWSD spokesman Greg Eno told the paper. “Those people should be put on notice… if you’re flat-out stealing, we’re coming after you as well.”

However, activist groups including the Detroit People’s Water Board, Food and Water Watch and the Blue Planet Project are condemning the department’s actions, claiming that denying access to clean water is a human rights violation. The U.N. has even spoken out against the shut offs.

“Disconnections due to non-payment are only permissible if it can be shown that the resident is able to pay but is not paying,” Catarina de Albuquerque, U.N. water and sanitation expert, said in a statement. “In other words, when there is genuine inability to pay, human rights simply forbids disconnections.”

Local activist groups say that the department is unfairly targeting poor, residential customers while many of the largest outstanding balances belong to large businesses, according to the Detroit Free Press. Two Vargo Golf facilities, for example, owe a combined $160,000 according to materials released by the department.

Yet DWSD hasn’t attempted to shut off Vargo’s water. The department’s Deputy Director, Darryl Latimer, told the Detroit Free Press the shut off crews aren’t equipped to cut water off to larger customers. This has resulted in some backlash in the community. Protesters have gone so far as to block DWSD trucks from accessing certain neighborhoods.

However, DWSD Deputy Director Darryl Latimer doesn’t think his department is trying to get blood from a turnip. “The majority of our customers [who] are in delinquency status, they just built a culture of, ‘You’re not making me pay— I am not going to pay’,” he told CBS Detroit last month.

Additionally, the department has more than 17,000 customers enrolled in a payment plan program designed to help them address outstanding balances, according to International Business Times.

“Our goal is to have as few shut-offs as possible,” DWSD Director Sue McCormick said in a statement. Since May, the department has shut off service for 15,000 customers, many of which had water restored within 24-48 hours, according to the Detroit Free Press.