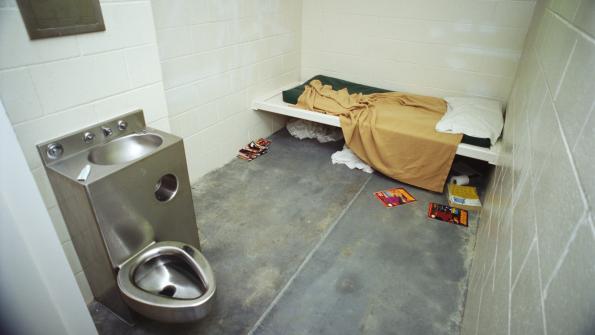 Land of the free?

According to the Hamilton Project, incarceration rates are on the rise, despite declining crime rates. The costs associated with these climbing rates are high, and much of the burden falls on state and local governments.

On May 1, the Hamilton Project, a subset of the Brookings Institute, released three new papers focusing on crime and incarceration in the U.S. The papers, which found incarcerations are on the rise while crime is on the decline, make the argument that if costs are to be controlled, state and local leaders must re-examine the policies governing crime and punishment.

Financing “tough on crime” policy may be unsustainable, the papers found. In 2010, the U.S. spent more than $80 billion on corrections. Approximately 57 percent came from state governments, and 33 percent came from local.

These increasing costs correlate directly with increasing incarceration rates. The project found the incarceration rate in the U.S. — defined as the number of inmates in local jails, state prisons, federal prisons and privately operated facilities per every 100,000 residents — increased over the past three decades, from 220 in 1980 to 756 in 2008, before declining to 710 in 2012.

American incarceration is driven by three factors: crime rates, the number of prison sentences per number of crimes committed and expected time served in prison among those sentenced. The papers found that increases in crime cannot explain the tremendous growth in the incarceration rate since the 1980s, as crime rates have actually been in decline for the past 25 years. High incarceration rates can instead be attributed to the increased likelihood that an arrested individual will be sent to prison, and the fact that the sentence the prisoner can expect to serve has increased for all types of crimes.

The project says the growth in the incarceration rate can be attributed directly to shifts in policy – notably the Sentencing Reform Act of 1984, the Anti-Drug Abuse Act of 1986 and strengthening of the “Three Strikes” legislation in the mid to late '90s. Currently, the U.S. incarceration rate is more than six times that of a typical OECD (Organization for Economic Co-Operation and Development) nation, a group which includes Canada, Australia, Mexico and Japan.

Those most impacted by increased incarceration rates are underprivileged communities – particularly African American males with low levels of education. The project found there is nearly a 70 percent chance that an African American male without a high school diploma will be imprisoned by his mid 30s.

Speaking on the financial and social issues related to increasing incarseration rates, former U.S. Treasury Secretary Robert Ruben said at the papers’ release, “I believe that our current policy regime, with respect to incarceration and the paucity of interventions to try to prevent people from getting involved in counterproductive behavior is socially and economically counterproductive, socially and economically destructive, and with respect to incarceration, deeply unjust in many cases.” He added, “These matters are almost always discussed in social and moral terms, but they are critical economic issues.”

To learn more about the fiscal and social impact of increasing incarceration, read the three discussion papers here, or watch the framing remarks below.