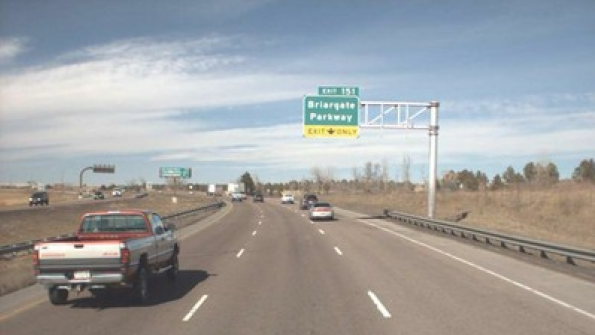 The Colorado Department of Transportation worked to expand Interstate 25, the only north-south running highway in the state.

Interstate 25 is the only north-south freeway in Colorado and consequently the region’s most heavily traveled roadway. With the steady increase of congested and dangerous traffic conditions, the Colorado Department of Transportation (CDOT) decided to resolve the issue.

According to the United States Census Bureau, the 1990s fostered a rapid population growth in Colorado from 3.3 million residents in 1990 to 5.2 million in 2013. This expansion resulted in traffic levels that progressively strained the capacity of I-25, creating longer travel times for motorists. Currently 100,000 vehicles travel north of Woodmen Road on I-25 on any given day, with those numbers expected to climb to 145,000 by 2025. CDOT decided that I-25 could no longer support the demand for traffic flow with its given capacity, and proposed the CDOT I-25 Design-Build Project in December 2012.

The CDOT I-25 Design-Build Project involved the 11-mile expansion of I-25 from the north side of Colorado Springs to the town of Monument, Colo. The expansion included the addition of one travel lane for both the north and south ends of the interstate; the reconstruction of four bridges and various box culverts, which allow the control of water flow beneath the roadway; the addition of auxiliary lanes at on/off ramps between Woodmen Road and Interquest Parkway; and changing the ramp configuration at North Gate Boulevard.

CDOT contracted with Kiewit Infrastructure Co., in association with its design sub-consultant Parsons Brinckerhoff, to design and construct the I-25 Expansion project. 250,000 tons of asphalt will be laid as part of the project – the equivalent of paving a 5-foot wide, 4-inch deep sidewalk stretching 375 miles from Colorado Springs to Albuquerque, N.M. Based on available space and land configurations, the new lanes will be added to the outside of the existing interstate lanes. In some sections where the medians are wide, the lanes will be added between the northbound and southbound lanes.

The budget for the I-25 expansion project is $66.4 million and is funded through the Colorado Department of Transportation ($50.4 million), Pikes Peak Area Council of Governments ($8 million) and the Federal Highway Administration ($8 million).

The project is expected to be completed by December 2014 with the hopes of alleviating corridor congestion and improving the safety of Colorado motorists with as little environmental impact as possible.

The contractor team is minimizing environmental impacts by focusing on water quality best management practices both during and after construction, protecting wetlands and reducing habitat impacts by improving existing drainage systems.