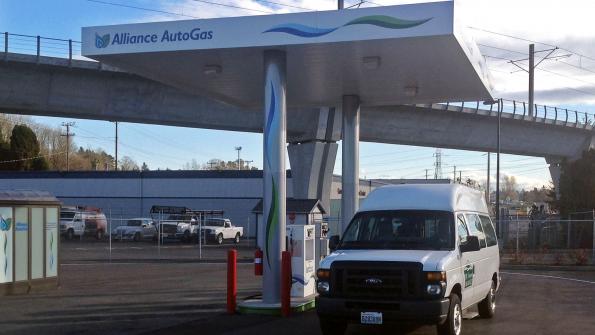 Fleet vehicles that need to refuel while on the road can find propane autogas refueling stations in every state, with many more public sites opening every day.

The Blue Star Gas/Alliance AutoGas refueling network is the largest single installation of alternative fuel infrastructure in the Pacific Northwest, with 11 stations serving more than 400 propane-autogas-powered vehicles from about two dozen fleets.

Customers can use the pumps 24 hours a day via a card-reading system, which lets fleet managers track fuel savings and miles-per-gallon usage. The project has fostered a steady rise in alternative fuel fleet adoptions in the area by removing a common barrier: lack of infrastructure.

The impetus for the project came from the 2012 installation of a propane autogas refueling site for Seattle Children’s Hospital’s fleet of 15 bi-fuel propane autogas shuttles, according to Darren Engle, director of government relations for Blue Star Gas. Space and zoning issues prevented the hospital from building infrastructure on-site, prompting Blue Star Gas to establish a public refueling station less than a mile away.

“In addition to the hospital, about 200 additional vehicles from eight fleets in the area began using it,” Engle said. “From there, we started to see greater concentrations of demand in more areas around the Puget Sound, so it made sense to install public sites across western Washington to better serve our clients.”

The stations have helped many fleets expand their ranges of operation because they’re no longer limited to on-site refueling facilities, according to Engle. That’s especially beneficial to high-mileage operations like medical paratransit, shuttle services, law enforcement and delivery.

Because the project encompassed several counties and municipalities, it called for

More than 500 propane autogas vehicles are projected to be using the network by the end of 2014. The 11th station in the network is slated for completion in July, according to Engle. Additional sites will be added as fleet adoptions increase and demand grows. 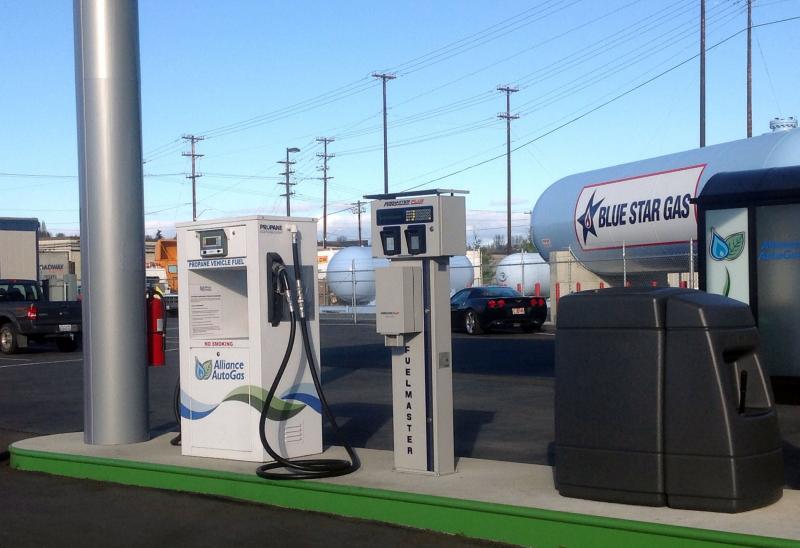 Watch a sneak peek of our upcoming panel at #IWCE Virtual. Editor Derek Prall leads a discussion on the impacts of… twitter.com/i/web/status/1…