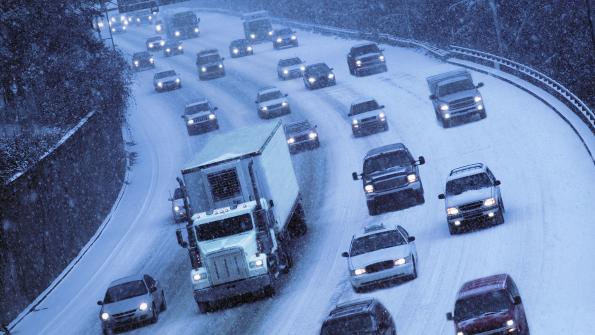 To get control over the amount of salt applied to its streets, the Department of Public Works in Lowell, Mass., appealed to the city council to purchase nine new snow removal trucks equipped with SpreadSmart Rx electronic spreader control systems from Cirus Controls. The purchase of the equipped units was justified, as Lowell anticipated high potential material savings.

The results did not disappoint, according to Brandon Kelly, Lowell Street Division general foreman. “We used to put down about 1,000 tons of salt per storm as a general rule. Now, with better spreading controls, we’re down to about 400 tons per storm — a reduction of 60 percent. Before it was ‘Turn the auger and the spinner all the way up and let it fly.’ Now we apply just the right amount for the conditions.”

The system controls salt applications and collects data on materials applied per mile, as well as vehicle location, speed and direction, time of day and other factors that help control costs and provide meaningful information for Lowell.

“Obviously, a big thing nowadays is reporting,” Kelly says. “Our city council wants to know how much we are spending and what we’re spending it on, so that’s where the data collection advantage comes in. Thanks to the savings we generated with the first nine trucks equipped with spreader controls, we were able to justify purchasing the equipment for the rest of our trucks. This year we’re getting three more trucks that are all spec’d out with the Cirus spreader controls,” Kelly says. “We are also using the reporting function that is built in to the software. That allows me to call up any of the data I want in the report.”

Not only are the city’s trucks spreading salt more effectively, they are also getting the job done more efficiently. “One thing we’ve found is that now a truckload of salt lasts longer, so our trucks can actually be on the road three times as long before they have to come in and refill,” Kelly says. “Operators that used to fill up with salt 10-12 times during a storm, are now refilling about three times. This helps keep trucks out on the road instead of driving back and forth to get more salt.”

Getting control of salt applications for winter road maintenance has yielded many advantages for Lowell. City supervisors are getting more accurate and detailed data, less salt is being applied to city streets and the savings in materials is being used to continually upgrade the city’s fleet of snow removal trucks. The entire fleet operation is more efficient and effective.