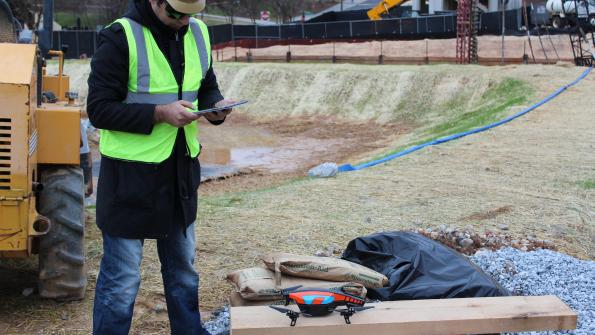 Expert: Drone use will expand in the U.S. (with related video)

Globally, drone usage is taking off, says Jerry LeMieux, president and founder of the Phoenix-based Unmanned Vehicle University. He points to Israel, where the Aerostar UAV drone aircraft is used for traffic and highway monitoring. LeMieux’s photo is at the right.

LeMieux, who earned a Ph.D. in electrical engineering, has completed 10,000 hours of flying time, including experience as a fighter pilot in the U.S. Air Force and as a 767 passenger jet pilot for Delta Air Lines. He recently co-authored a book, “Drone Entrepreneurship: 30 Businesses You Can Start.” His university will be staging a 3-day UAV (unmanned aerial vehicle) fundamentals course in Las Vegas April 15-17.

LeMieux offered his views recently to GPN on UAV and drone development trends in the U.S.

GPN: How does the U.S. compare to the rest of the world in drone and UAV development?

Jerry LeMieux: Everywhere else in the world, drones are commercialized, already. The U.S. is in last place. So I can go to Canada and start a UAV business, but I can’t do that in the U.S. In my opinion, people need to see that this is happening around the world in other places. The U.S. needs to get to the next level in UAV development. We need to get beyond—that drones are bad and that drones create a privacy problem—we need to get beyond that and see what the rest of the world is doing.

GPN: Drones and UAVs come in different sizes. In what drone size-range will a lot of development take place?

JL: A small UAV is defined as less than 55 pounds by the Federal Aviation Administration, and that’s where I believe most commercial and civilian government UAV activities will occur. Furthermore, small UAVS fly at very low altitude and don’t conflict with other aircraft and airplanes. Most of the UAV companies that start up are going to be in that small UAV category. The reason the small UAV marketplace is going to grow is because the unmanned vehicles and their components are getting smaller and the electronics, sensors and other parts are getting cheaper. Manufacturers can put all that into a package that is affordable, and ramp up the business very cheaply.

Thank you, Jerry LeMieux, for your views.

Editor’s note: The Association for Unmanned Vehicle Systems International estimates the unmanned aircraft industry will create more than 70,000 new jobs in the first three years after the FAA completes its guidelines on using drones in U.S. airspace in 2015. Go to this FAA site for UAV updates.

Here is a closeup video of the DJI Phantom 2 drone at the 2014 Consumer Electronics Show.