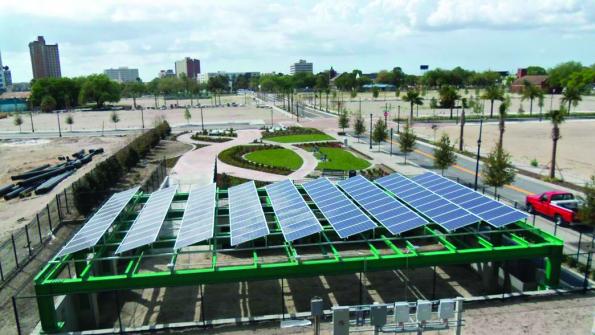 Officials from the American Road & Transportation Builders Association and other groups weigh in on 2014 government construction and public works spending.

ARTBA Chief Economist Alison Premo Black (photo at right) said expected double-digit growth in airport runway and terminal work will lead the way in transportation construction in 2014. Other leading segments include bridge and tunnel construction, waterways and ports, and heavy and light rail.

Uncertainty about the level of federal support for state highway programs after September 2014, said Black, will depress the road pavement market somewhat in 2014.

Black forecasts the pavement market will grow to $54.4 billion in 2014, up 2.6 percent nationally. This includes $42.7 billion in public and private investment in highways, roads and streets, and $11.6 billion in largely private investments in parking lots, driveways and related structures. The market, however, will be uneven nationwide, she says. ARTBA forecasts paving work to be up in 19 states, down in 20, and largely flat in the remaining 11.

“Over the past 10 years, on average nationally, federal funding has provided 52 percent of the money invested by state transportation departments in road and bridge capital improvement projects,” Black said, noting, “The federal share ranges from 35 percent in New Jersey to over 70 percent in 11 states.”

“Absent congressional action to improve the revenue stream into the federal Highway Trust Fund before next October, federal support for state programs faces a potential $40 billion cut in fiscal year 2015,” she said. “That uncertainty is already putting a damper on state project lettings. Congress needs to act.”

Following a strong 2013, the value of public works construction in the U.S. will fall by 5 percent to about $109 billion, predicts the “2014 Dodge Construction Outlook” from McGraw-Hill Construction. Improved state government revenues and higher municipal tax receipts will to some degree make up for lower federal funding, say Dodge analysts.

Funding for some water-related public works projects will take a hit in 2014 as part of discretionary spending cuts that are mandated by the Budget Control Act of 2011. Local water and sewer authorities, however, have raised rates and increased bonding in order to update facilities and meet federal EPA surface water quality mandates and drinking water safety requirements.

Construction of schools, public administration buildings and other institutional structures will grow a little in 2014 predict Dodge analysts. The value of construction of these structures will grow a modest 2 percent to $89 billion nationwide. Total square footage of these kinds of buildings will reach 278 million square feet in 2014. Some parts of this building category, including detention facilities and courthouses, will see declines in construction starts through 2014, predict Dodge analysts. Go here for ordering information on the 2014 outlook: http://construction.com/

Public sector projects are underway or have been recently completed across the U.S. The Tampa Bay Housing Authority recently installed an efficient stormwater management-rainwater harvesting system and solar panel array at its Encore Tampa project in Tampa, Fla.

The 18,000-square-foot, stormwater retention-harvesting system includes a Storm Capture vault composed of 146 10-foot-tall modules that can hold up to 33,000 cubic feet of water before recycling it for irrigation use.

The entire Encore Tampa development has been designed and registered under the U.S. Green Building Council LEED 2009 New Construction and Major Renovations guidelines.