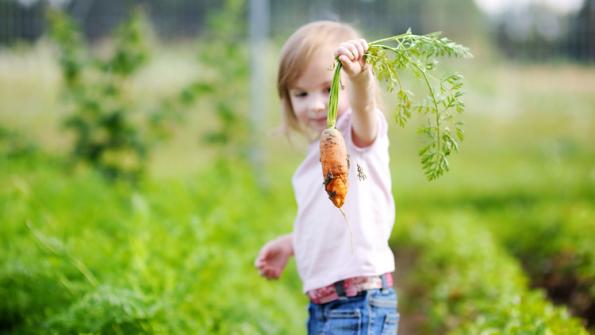 Genetically modified foods. High-fructose corn syrup. Food deserts. What we eat has been making news lately, and cities are taking notice. Throughout the U.S., city planners hope to grow population and revenue – and tomatoes – through a concept called development-supported agriculture.

Development-supported agriculture is, put simply, housing built around agriculture. Instead of having local farms and community gardens, these amenities exist right inside the neighborhood.  For decades, suburban developments have often included golf courses, tennis courts and swimming pools, but specialty farms are pushing previous amenities aside.

Developer Bellisimo, Inc. purchased Bucking Horse, a 240-acre plot of historic farmland in Fort Collins, Colo., in 2010 to transform it into a neighborhood devoted to local food. Lindsay Ex, senior environmental planner for Fort Collins, says the project is the first of its kind for the city. “Traditionally, land development is roadways. Here, the new paradigm is open spaces – this is one of the first projects where folks are creating a farm within the development,” she says.

Kristin Kirkpatrick, chief of wellness planning for Fort Collins, believes the project will not only improve overall quality of health, but will also help residents build a stronger connection to the food they eat by giving them a chance to be active participants in the maintenance of crops. Five hundred different fruit trees, including apples, cherries, plums, pears and more, as well as 450 edible shrubs and plants are planned for Bucking Horse.

“Economically, we hope the project will serve as an incubator for farming and food production,” Kirkpatrick says.

In many cities including Fort Collins, restrictive zoning has inhibited the use of farming and raising livestock in residential areas. These codes have been lifted with the help of extensive public outreach – online surveys and petitions and widespread grassroots support. “We’ve had a lot of push from the community and a talented pool of city planners,” Kirkpatrick says.

According to Kirkpatrick, language for the development was presented largely in the form of open houses, which saw large numbers of attendees. “We’ve been getting a lot of press,” she says. “The project has essentially been promoting itself.”

Bucking Horse will be completed in phases over the next couple of years. Once complete, Bucking Horse will support more than 1,100 households. Townhouses and single family homes are currently under construction, and condos are planned to accommodate potential homeowners of varying incomes. The neighborhood will support a 3.6-acre farm, a plaza designed for a farmers market, and an educational center where homeowners can take canning classes.

According to Gino Campana, founder and president of Bellisomo, the company partnered with local hospitals and researchers from Colorado State University to measure the success of Bucking Horse. The success will be measured partly on the number of individuals engaging in and maintaining healthier lifestyle choices through an extended study.

Another way success will be measured is by the number of lots sold, how swiftly they are sold and the final selling price. According to Campana, many of the town homes in Bucking Horse are under contract.  The company is currently conversing with various non-profit organizations to increase the accessibility of the goods produced from this project. As many as 200 real estate developments – such as Serenbe in Georgia, South Village in Vermont and Prairie Crossing in Grayslake, Ill. – now feature development-supported agriculture, according to National Public Radio.