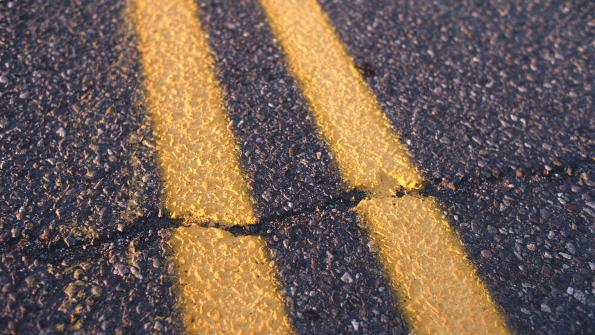 Due to the winter’s severity, this year Indiana officials are getting a jumpstart on the state’s pothole problem.

This season’s extreme temperatures, record snowfalls and repeated freeze-thaw cycles have done considerable damage to Indiana’s streets, according to the Indianapolis Star. During a press conference, Gov. Mike Pence said this year Indiana Department of Transportation (INDOT) road crews will be going on a “strategic blitz” to patch the state’s some 30,000 miles of roadways.

“This has been a very harsh winter for Hoosier families and Hoosier communities,” Pence said during a press conference, “Given the severity of this winter, we believe it’s appropriate to accelerate dealing with potholes.”

Potholes form when water seeps into the sub-base layer of a road, beneath the pavement. When that water freezes, it expands, creating a bump in the asphalt. When the ice thaws, the bump deflates and cracks, creating a pothole, according to online resource, Potholeinfo.com.

Pence said the weather has created a record number of potholes throughout the state, according to Indiana Public Media. To solve the problem as quickly as possible, INDOT will deploy about a dozen crews to work 24 hours a day in 12-hour shifts to repair the state’s roads, according to the Indianapolis Star. Workers will head out as soon as the weather permits, and the roads have sufficiently dried.

Pence said at the conference INDOT has sufficient funds for the accelerated repairs, according to Indiana Public Media.

In Indianapolis, the Department of Public Works will be hiring outside help to provide at least two additional crews to the DPW’s 15. Stretched thin by other winter-weather duties, such as driving snowplows, the DPW is thankful to have the extra hands, Lesley Gordon, a spokeswoman for the department, told the Indianapolis Star.  The DPW has received about 3,400 reports of potholes in the city since Jan. 1.

To help pinpoint problems, the state has established a Twitter account where residents can report potholes, @INDOTpotholes. The Indianapolis Star reports Residents can also fill out reports online at www.potholes.indot.in.gov, or by calling a toll-free number.