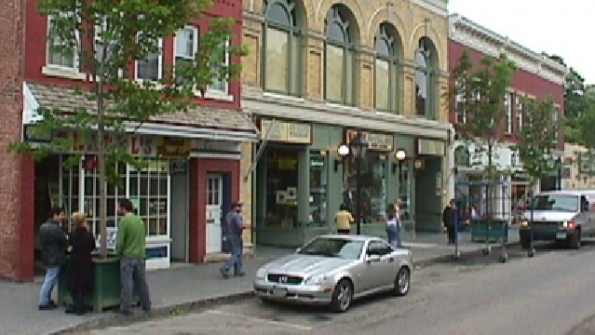 After 47 years, the penstock of New Milford, Conn.'s Rocky River Hydroelectric Power Plant has been replaced, thus ending the cycle of excessive leakage that wasted hundreds of thousands of gallons of water.

The original penstock – a pipe or conduit used to carry water to a water wheel or turbine – was constructed in 1928 of Douglas fir wood and steel rings and was replaced in 1965 with the same materials. As each incarnation aged, it began to sag and leak into the drainage ditches that run parallel to the pipeline, wasting a lot of water that could be conserved for other uses, like turning the turbines at the plant. Plant owner, Richard Laudenat, attempted to slow the amount of water leakage and extend the life of the penstock by installing a second set of bands around its circumference and fit joints around the pipe with wedges. Despite his efforts, the sagging, leaking and aging continued. Kleinschmidt Associates was hired to design a replacement pipeline.

The installation contractor, Blakeslee Arpaia Chapman, took 11 days to remove the existing wood-stave penstock. “We cut the existing penstock into 20-foot sections, and as these sections were removed, we dropped them onto timbers causing them to implode,” Construction Superintendent Joseph DelVecchio, said in a statement.

The replacement penstock was designed to be reliable, cost-effective and mostly maintenance free. Most of the replacement penstock was half-buried except for two 20-foot sections at the upper ends of the penstock. These sections, supported on concrete cradles, allows for surface water drainage from a hill above the penstock. Steel transition sections at the upper and lower end of the new penstock allow for the new 10-foot fiberglass pipe to connect into the existing 15-foot steel sections.

After inspection and testing of the new installation, Senior Consulting Engineer for Kleinschmidt, Harold Thompson, says that no leaks have been identified. Laudenat says the new penstock continues to meet all of the company’s expectations, even after its first winter under severe New England weather conditions.